Trip Type: Paddling Canoe
Entry Date: 09/21/2020
Entry & Exit Point: Saganaga Lake (EP 55)
Number of Days: 8
Group Size: 1
Discuss Trip: View Discussion Thread (12 messages)
Day 2 of 8
Tuesday, September 22, 2020 Was up early- couldn’t sleep. Too excited! Arrived at Seagull Outfitters at 8am. Took about an hour to get up the Gunflint. Saw a red fox on the way up. Had to wait on the boat driver to get to work, so didn’t leave as early as I’d have liked. He dropped off a father/son combo at the Red Rock Portage first. They were from Louisville KY, and they were part of an 18-man group going into Red Rock Lake. Then he dropped me off on the little island just east of American Point. I was paddling by 10:30. This trip I'm paddling a rented 15' Wenonah Royalex solo canoe. It was a great boat! There were a number of people around between there and the first portage into Swamp Lake (took me 1.5 hrs to get there). It’s a short portage and there’s several canoes behind me, so I hustle my gear across, get it out of the way, and get out some lunch. I hear a commotion back on the other side and I go check it out. One of the canoes has flipped! It was a couple from the Twin Cities- their dog flipped them. I run and bring my canoe back and paddle out to help. Another couple from Nebraska was behind and also helped. Eventually everything gets to shore. Luckily, it’s a warm day, and they had their life jackets on. I give them some chocolate as they dry off and take stock. All they lost was a pair of prescription sunglasses. Thank goodness it's 75 and sunny out! Next is Monument Portage- actually a very cool portage.
Into Ottertrack Lake I go. All the campsites by the first portage and Monument Portage were taken, which worried me. Tried to find the Benny Ambrose cabin site, but no luck. Found an old campsite and trail, but that was it. Checked out the 4-star site at the west end of Ottertrack. Nice site and I was tempted, but I want that portage behind me. So, I do it and take the site on Little Knife right at the portage. No one is around, so what the heck. It’s 4:00 and I’m beat. I set up camp, do firewood, and grill up my steak. I get out briefly to fish but by 7:30 it’s pretty dark and I go in. I had two hits on the blue orange Rapala Husky Jerk, but neither stuck. I saw one small pike and a few little smallies off the campsite. Marked lots of lakers down deep- 35’ and deeper. Maybe tomorrow! The water temp was 61 degrees. Gorgeous evening, calm and still. I have a nice fire and enjoy my new Helinox chair, which my wife got me for my birthday. That chair is a game changer! I'll never go again without it. So glad to be here! ~Saganaga Lake, Swamp Lake, Ottertrack Lake, Little Knife Lake 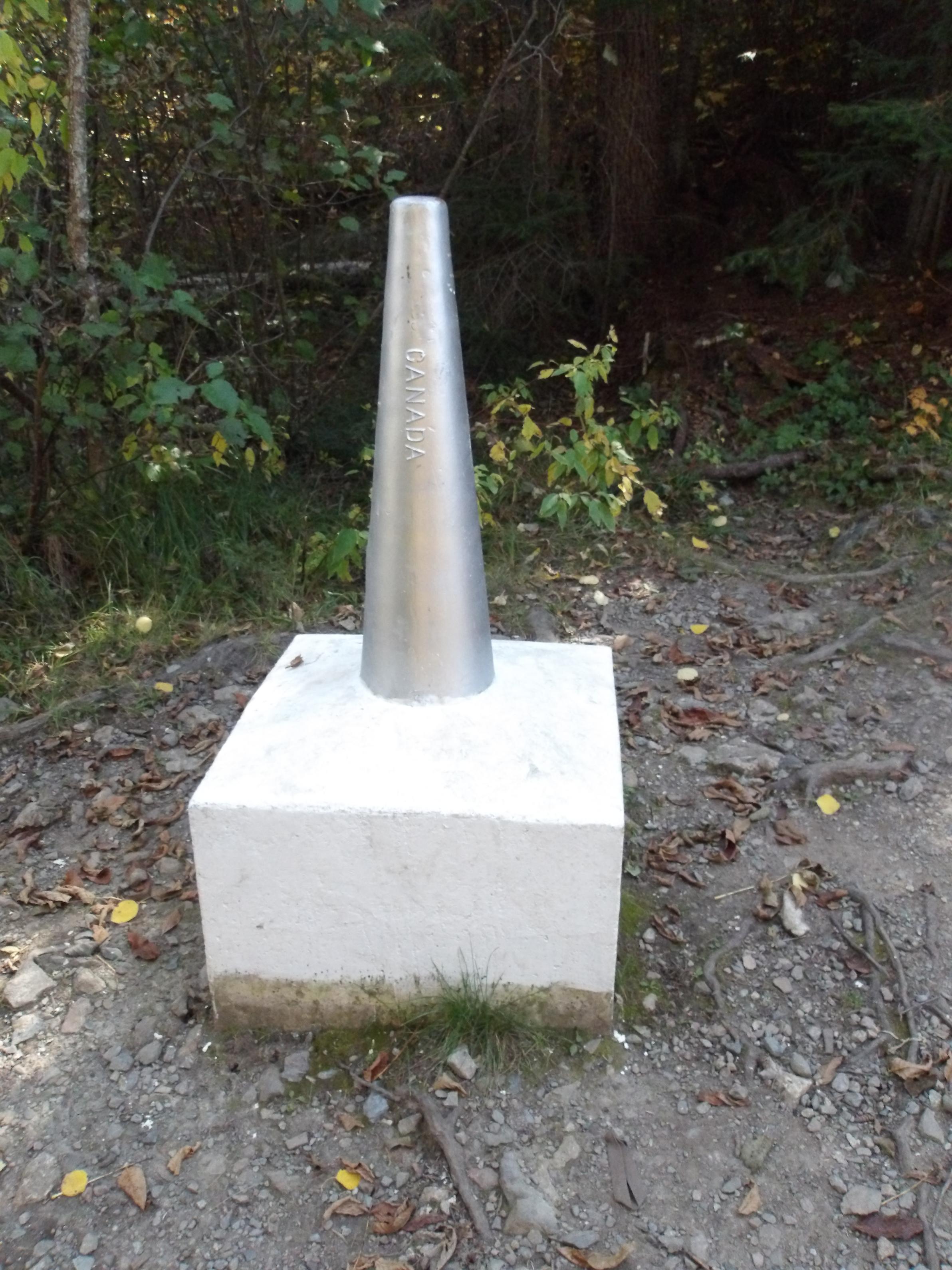 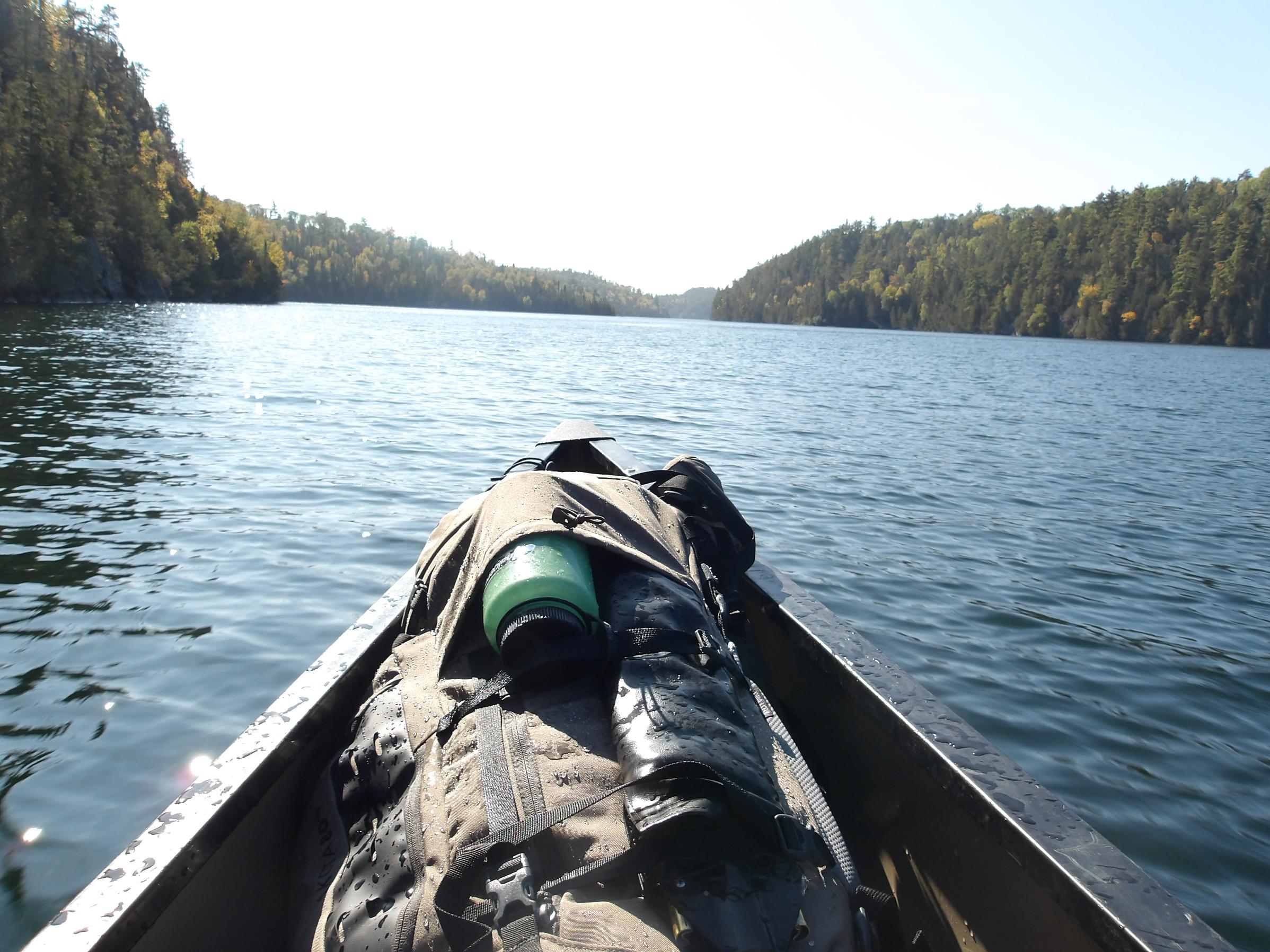 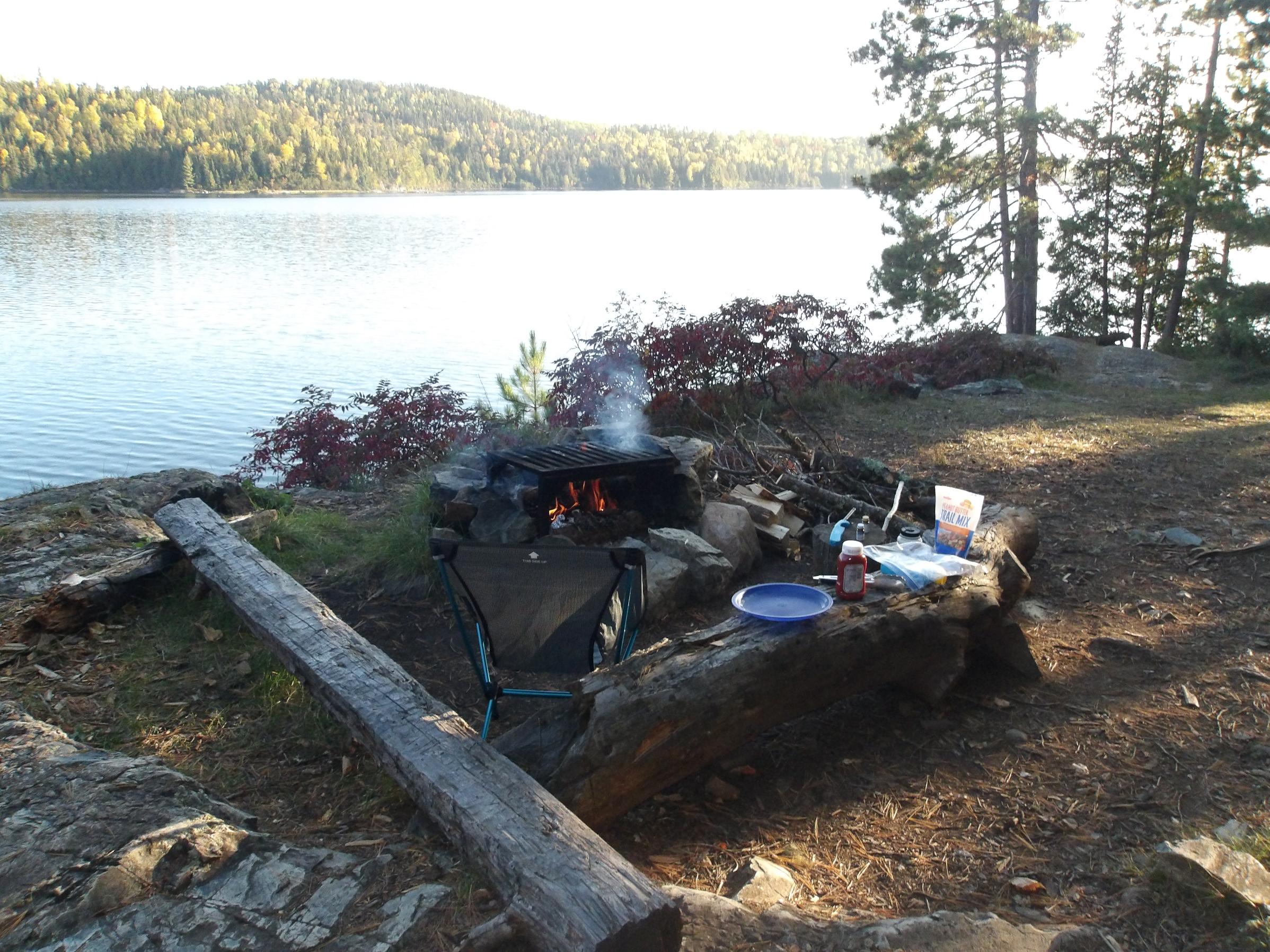