Trip Type: Paddling Canoe
Entry Date: 10/01/2020
Entry & Exit Point: Clearwater Lake (EP 62)
Number of Days: 4
Group Size: 4
Trip Introduction:
After missing out on a fall trip a few years ago, the stars finally aligned so that I could experience the shoulder season in the BWCA. On this trip it would be my dad (@wrestlencanoe), Mike (@mcsweem), and my buddy Andy who would be making his first trip to the BWCA. Dad laid out two options for this trip: a loop on Basswood or checking out the Vento Unit for the first time. With fall fishing being a roll of the dice, I voted to see if the east side's scenery lived up to the hype. (Spoiler alert: it did) On October 1st we took off from EP #62 at Clearwater Lake for a 5-day trip.
Discuss Trip: View Discussion Thread (12 messages)
Day 1 of 4
Thursday, October 01, 2020

On Day 0 we made the drive from Iowa to Duluth in the afternoon. Early Thursday morning we were checked out of the hotel and making our way up the north shore. After a quick pit stop in Grand Marais we were on the Gunflint Trail. The temperature dropped sharply as we drove away from Gichigami and heavy snowflakes started to fall. I was a bit intimidated, but excited for the challenge of a cold weather trip. Like Dad says, "no such thing as bad weather, just bad clothes."

From the start the fall colors were amazing. We left the EP around 10:30 and made the short paddle across Clearwater to the portage to Caribou. This was flat and well-maintained. About two-thirds of the way through is a false trail that leads to a campsite on Caribou. I definitely would have stepped right over some sticks and taken it, but luckily Mike pointed out someone laid the sticks out to spell "NO".

Caribou was another really pretty lake. We didn't see anyone on it, so our hopes were up we'd get the vaunted Little Caribou site. Ha! Even though it was cold and sleeting throughout the day, there were still enough groups enjoying the shoulder season for that site to be occupied. On to Pine.

After another relatively smooth portage, we decided not to make the trip to Johnson Falls. With water as low as it was, there was probably not much to see. Better to save that for another trip. I was shocked by just how long and skinny Pine Lake is. The morning breeze turned into an afternoon wind, thankfully at our backs. Andy and I were still finding our rhythm together and doing more zigzagging than I'd like to admit. Meanwhile, the old pros effortlessly paddled half as hard and lead the way to the only site on Pine Lake's south shore.

Dad and Mike are much better at campsite evaluation than me, so I'll let them expand on that in the comments. Two reasons we chose this site: proximity to Vale and a chance to see the Northern Lights. After getting camp set up and collecting firewood Andy and I tried some casts from camp with no luck. Around the fire we realized we left our whiskey we bought to warm our bellies in the car. The vets were gracious enough to share. Clouds brought intermittent sleet and erased the chance of seeing the Northern Lights. Not that it mattered, we were all in our tents by 8:30. That cold weather really takes it out of you!

Here is a video of that day and part of day 2: 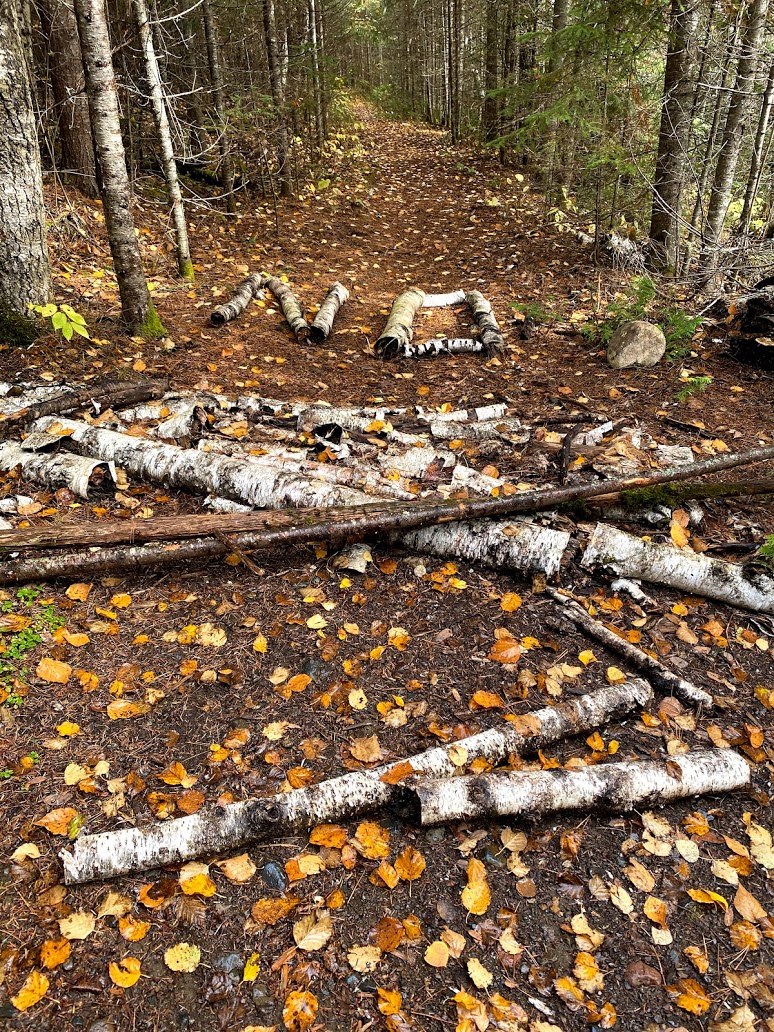 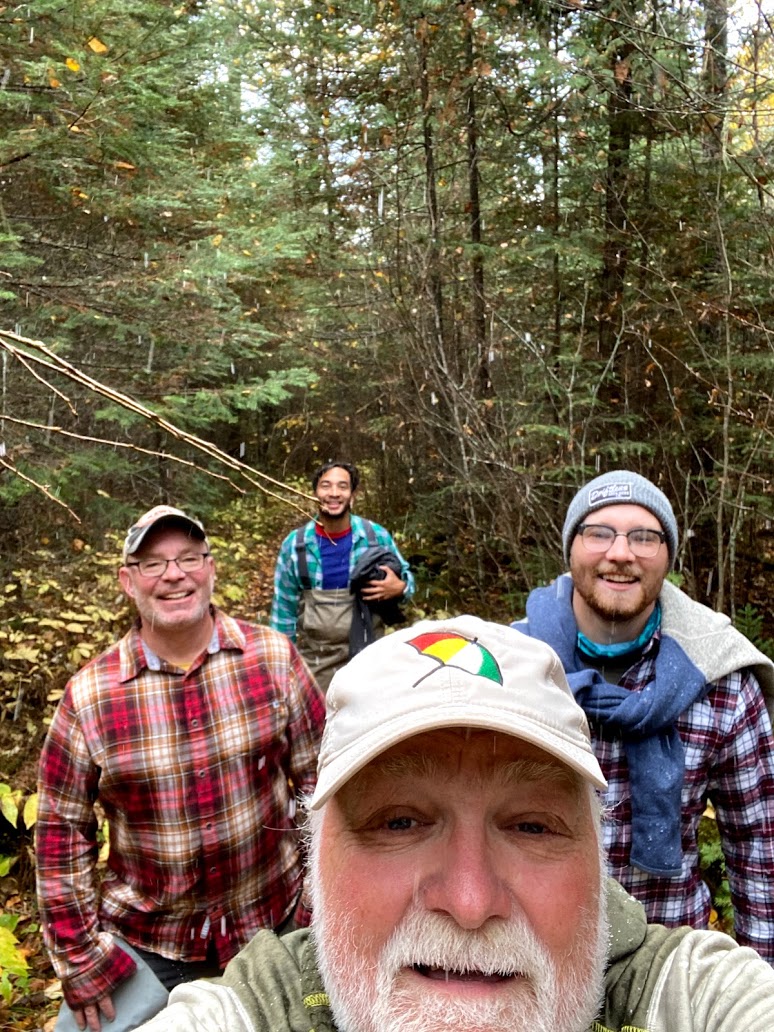 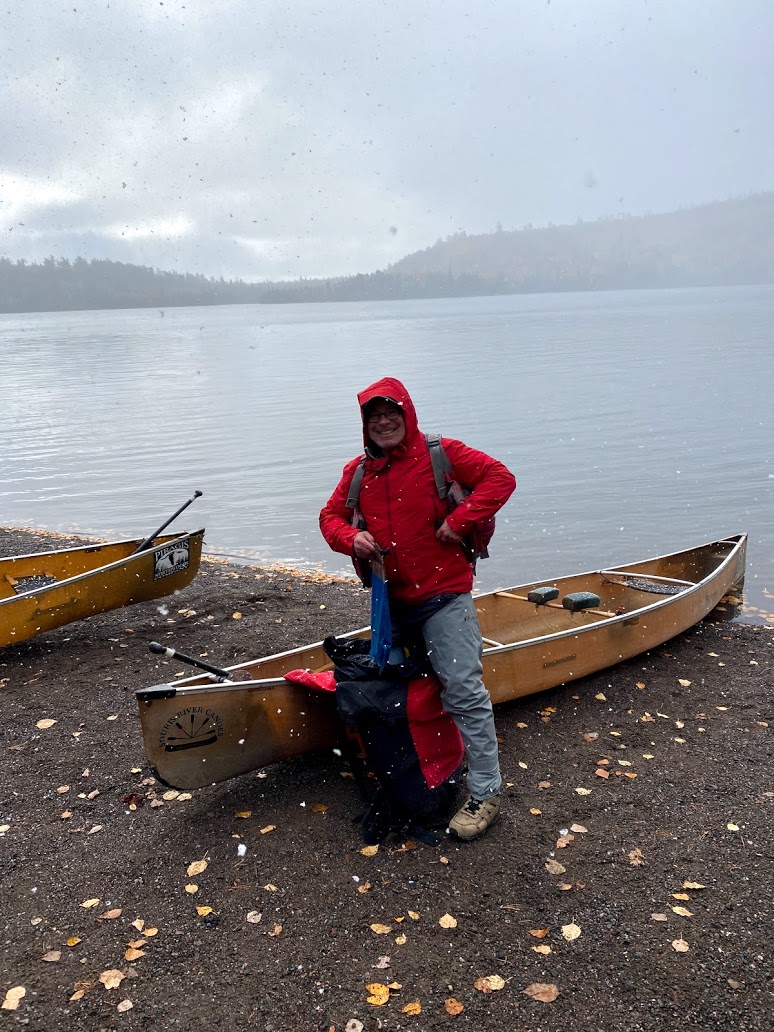