Ensign to Thomas and back
by Freeleo1

Trip Type: Paddling Canoe
Entry Date: 06/29/2021
Entry & Exit Point: Moose Lake (EP 25)
Number of Days: 9
Group Size: 2
Discuss Trip: View Discussion Thread (7 messages)
Day 2 of 9
Wednesday, June 30, 2021 Up at 5:30 am for a 7am start. Got underway with a tow to Splash lake. We wanted to get in early due to all 27 permits for this entry point being taken. It is busy through these portages as many of the scouts from Sommers seem to be going through here. Many we talked to were going through to Kekekabic and out Knife or coming from Snowbank and back out through Ensign. I'm not a fan of combat portaging. Everyone was very nice and the scouts stayed on the water if we were there first until we came back for the 2nd load on the shorter portages, but it is exhausting to be humping it through as fast as possible to get out of the way and trying to get a site on one of your chosen stopping point lakes. The paddle through Ensign was long but pleasant with light winds. We were part way along when a seagull flew down about 15 feet in front of us trying to pick up a dead fish in the water. I guess we spooked it because it flew up without the fish. It was probably a little big for it anyway. Then 2 bald eagles swooped down. One hovered while the other took a couple of passes and picked up the fish. The seagull flew after them obviously ticked off. Of course my camera was in my bag. It all happened too fast for me to react anyway. Still, pretty cool. .
We worked our way through the portages to Jordan lake. There was one group portaging back to Ensign from a day trip. They left some paddles and a bag at the end and we carried it back to them for our 2nd carry. They didn't even know it was missing. There was another group with 4 canoes coming through behind us. It was a pretty tight trail so not comfortable. They asked if we had left some worm lockers at the other end and we told them they weren't ours, probably more stuff from the other group. They obviously were trying to get ahead of us, but we pushed off into Jordan ahead of them and paddled down to the end of Jordan looking for a site. There were canoes going different directions all over the lake. A group of scouts were asking if we knew if there were sites on Disappointment for their last night. Hopefully there was. All the sites we could see were taken on Jordan, so we went down around the point and saw the last site was taken also. We turned and went down through the Jordan narrows to the Ima portage. The group that was behind us had gotten ahead and were paddling that way. We floated off the portage to Ima and pulled out our turkey sandwiches to wait for them to clear the portage. I was too exhausted and dehydrated to eat and managed to choke down half a sandwich and drank as much as possible. Dan was worried, since it's rare that I can't eat.
Went south on Ima. The 1st 3 sites were taken. I remembered the site on Alworth was right on the portage and had pretty good reviews. We went up the portage and saw it was empty and it looked fairly pleasant. We were able to unload and carry everything up to the site from the start of the portage. The portage is only about 10 rods. The campsite is uphill from the portage and has good screening in between. The only access to water though is through the portage, but you can get to Alworth or Ima easily. Very pretty pine needle covered site. We landed about 2:30 and got camp set up.
A group of scouts came through about 6 while we were frying the sausages for gumbo. They were the only group we saw. They were sad the site was taken, but happy no one else had portaged into Alworth. We made instant rice and cooked the cornbread in the skillet. We should have pulled out the jello mold oven, but the skillet was already dirty and opted for johnny cakes. The Zatarain's gumbo mix was ok, but would have been better if we had brought less and thinned it out more. Worchestershire and sherry from vacuum seal bags helped. Still needed work, but the sausage was good. We had banana cake in honor of my birthday the next day. If I had a complaint about this site other than people potentially portaging through it would be a very loud frog that I started hearing about 3am until 5am that sounded like someone hitting a metal canoe with a hammer. I tried to google frog sounds, but can't place it. Frog videos are interesting though. Newfound 40R Splash 11R Ensign 54R Ashigan 111R Gibson 27R Cattyman 44R Jordan 13R Ima 5R Alworth. 11.6 miles total, 8.7 canoeing, 2.9 miles w double portaging 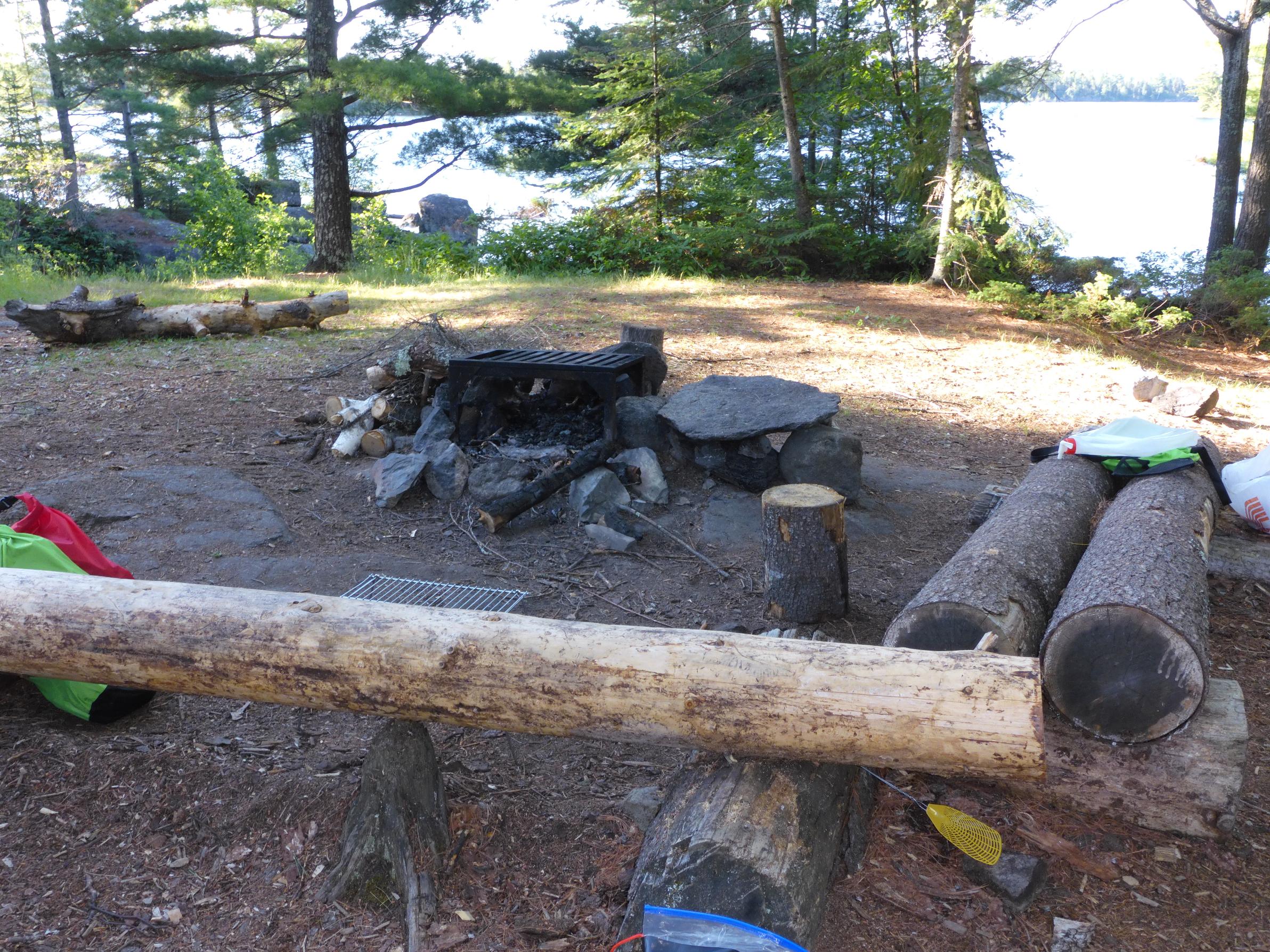 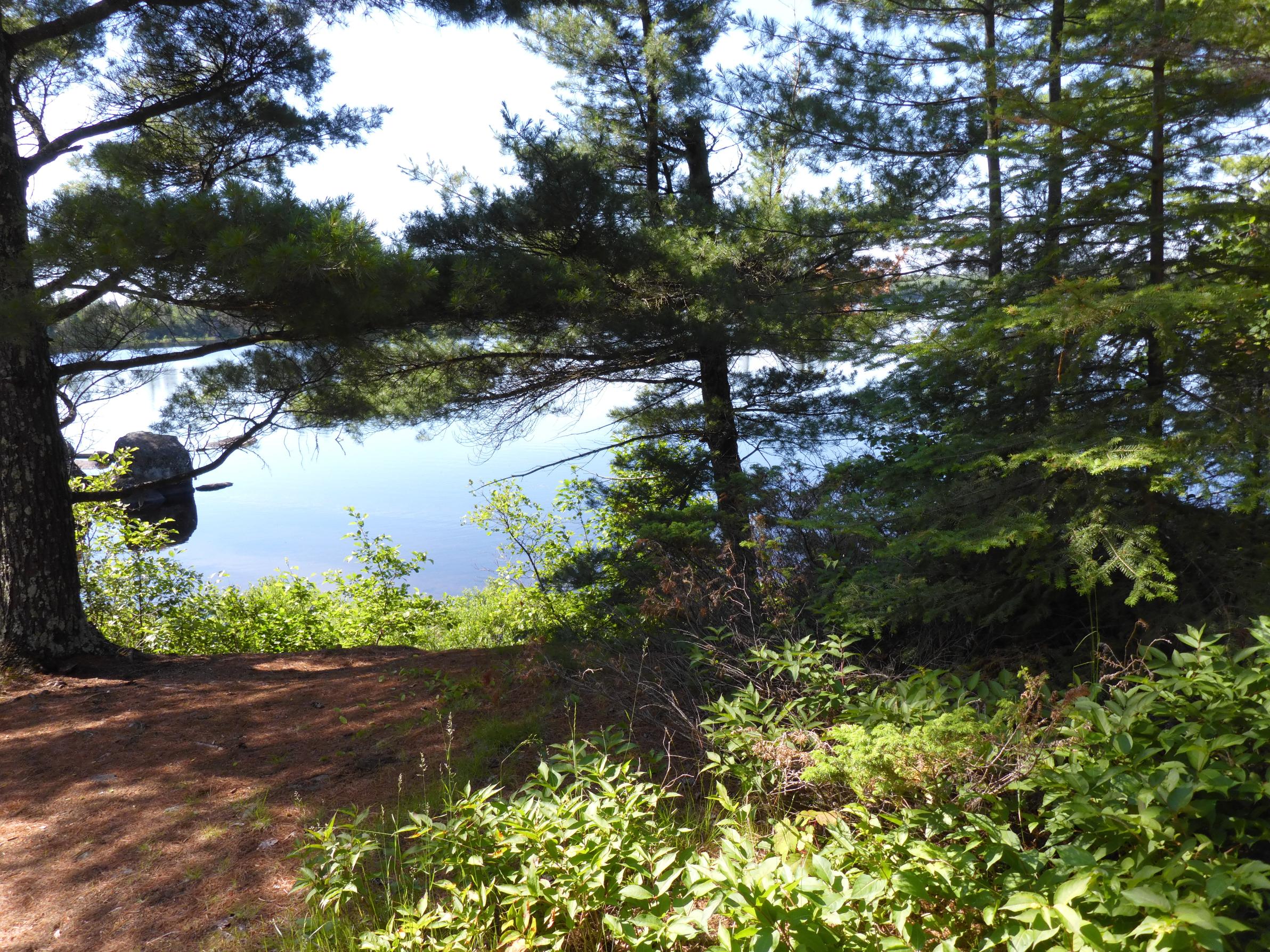 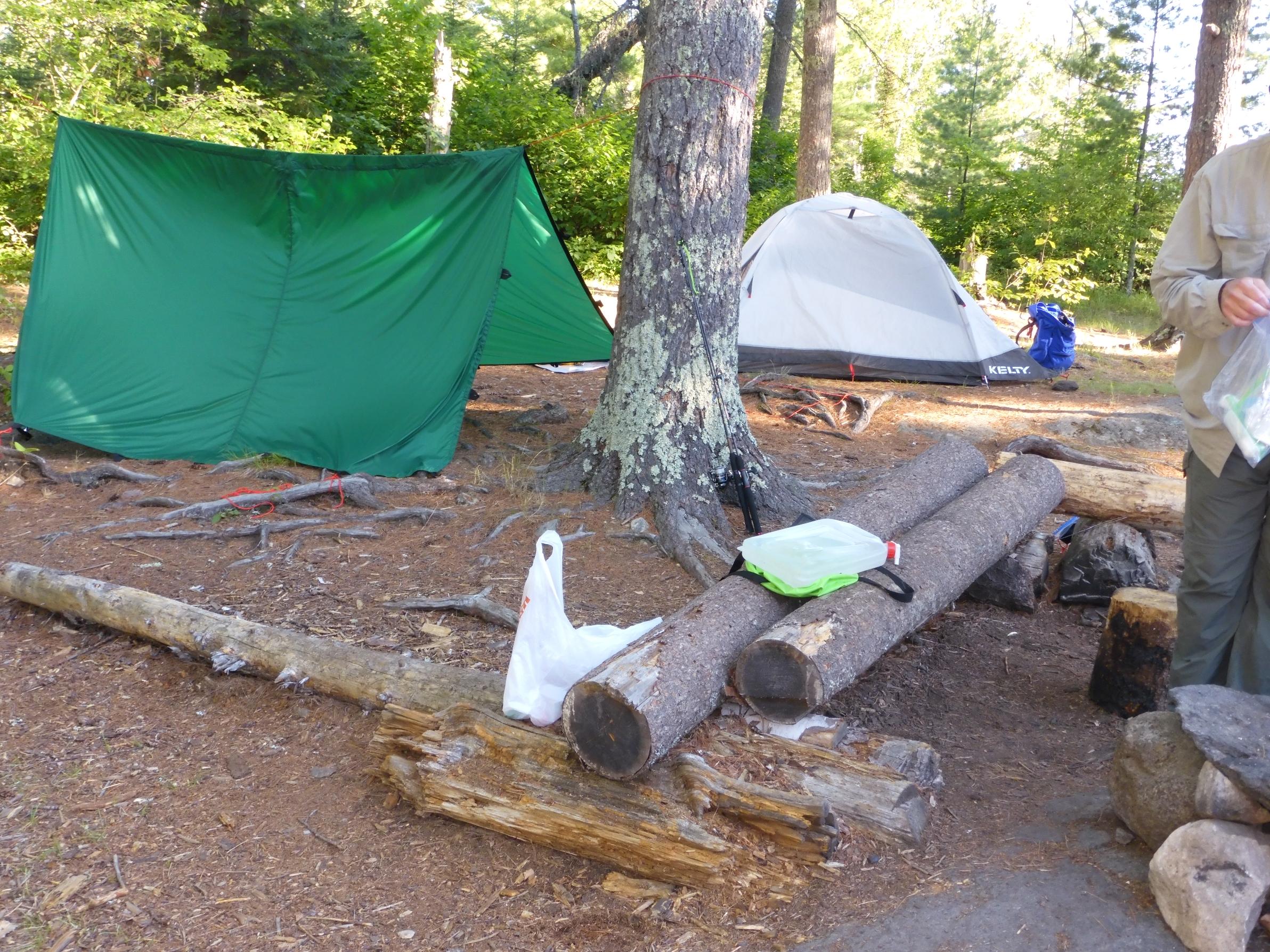