2022 trip to northwest part of Quetico
by LarryS48

Trip Type: Paddling Canoe
Entry Date: 09/01/2022
Entry & Exit Point: Quetico
Number of Days: 10
Group Size: 2
Trip Introduction:
This was a mostly paddling trip but at a relaxed pace. I planned a trip that my wife and I could do in six days of paddling and portaging about 10 - 12 miles per day but then allowed 10 days for the actual trip. This gave us a lot of flexibility when we actually got on the water. If it was windy or raining we didn't have to paddle unless it stormed a lot, and it didn't. We arrived in Atikokan the day before the trip. I had actually planned two different routes both starting at Beaverhouse (Quetico river entry). Which we would take depended on the water levels in the park. Both went east on Quetico Lake. One looped south eventually returning through Badwater. The other continued east and then looped north eventually going to Batchewaung and then back via McAlpine, Kasakokwog and Cirrus Lakes. After making calls to two outfitters, the park and posting on bwca.com, I was unable to find any definitive information on the water levels. So, I eventually had to make up my mind in the park office while purchasing my permit. The next day we were off along the northern route. I intend to share this report with both experienced canoe trippers and some of my friends who have never been on a canoe trip. Therefore I will be providing a bit more background information than normal.
Discuss Trip: View Discussion Thread (7 messages)
Day 1 of 10
Thursday, September 01, 2022

The trek from Atikokan, ON to the parking lot at Beaverhouse Lake is about 41 miles (66 km). The first 27 miles (43.5 km) are on paved roads, the next 10 miles (16 km) on a large gravel road and the last 4 miles (6.5 km) on a dirt road. The grass parking lot is just outside of the park. From the parking lot you portage into the park and to Beaverhouse Lake. The portage is about a kilometer long (0.62 miles, 200 rods). Just before we arrived at the parking lot we passed an outfitter’s truck and trailer returning from dropping off another group. It turned out that the group of six was going from Beaverhouse to Nym Lake. Their route would be the same as ours for the next three days. In the picture below you will see the sign at the beginning of the portage. I’ve included that picture for the non-trippers that I am sharing this with. That was the last sign we would see for 10 days, until we returned back to that spot at the end of our trip. There are no signs at portages, campsites etc. in Quetico. It was good to leave the last “sign” of civilization behind and head out into the wild.

After the portage we paddled our way south along the western edge of Beaverhouse Lake. There was a moderate wind out of the west-southwest forcing us to contend with waves from our right side. After a few zigs and zags, we arrived at the portage along the Quetico River into Quetico Lake. We started the portage well back from the current where the river enters the lake and made our way along the rocky shore to the trail in the woods and eventually arrived at Quetico Lake. 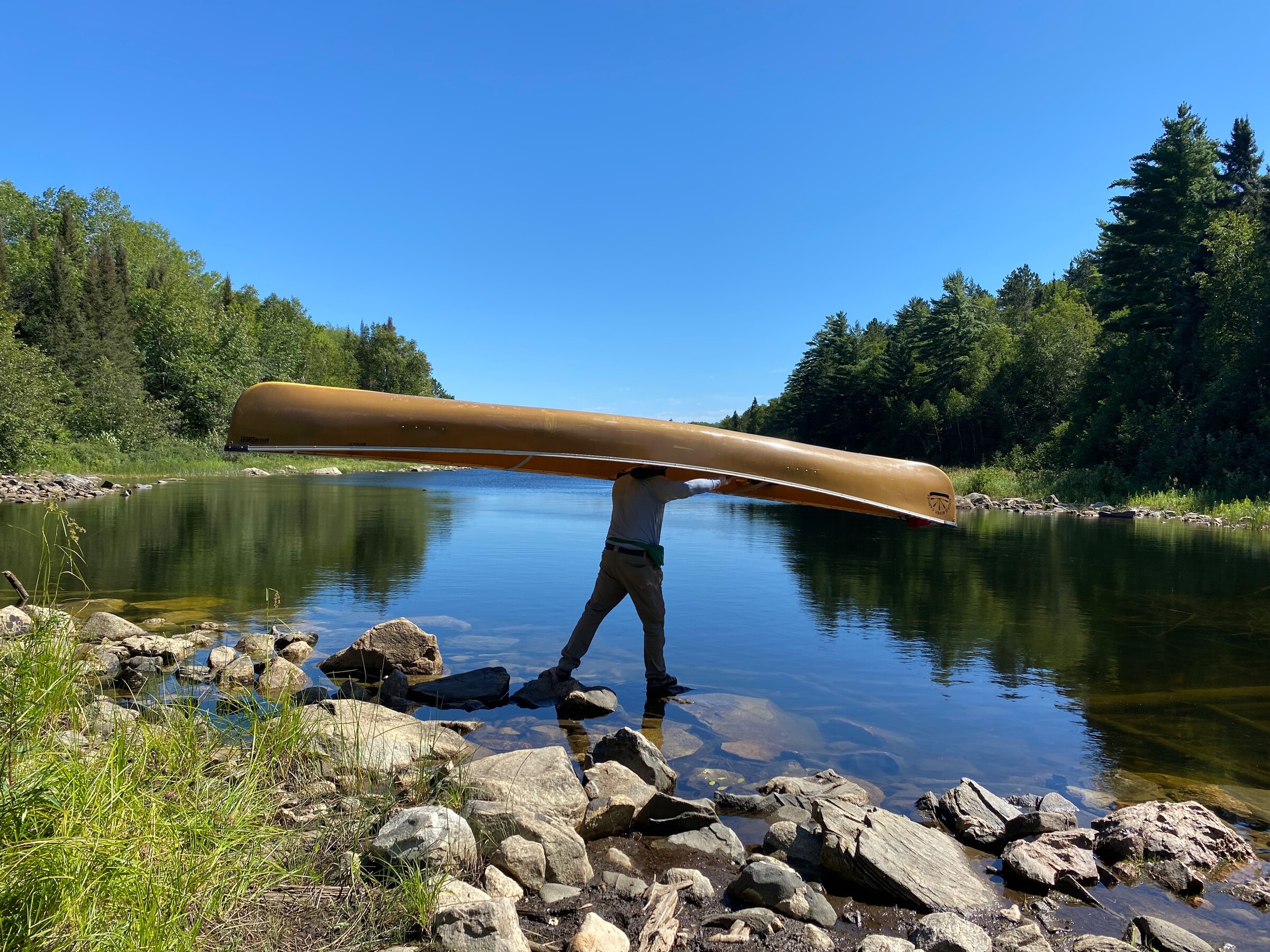 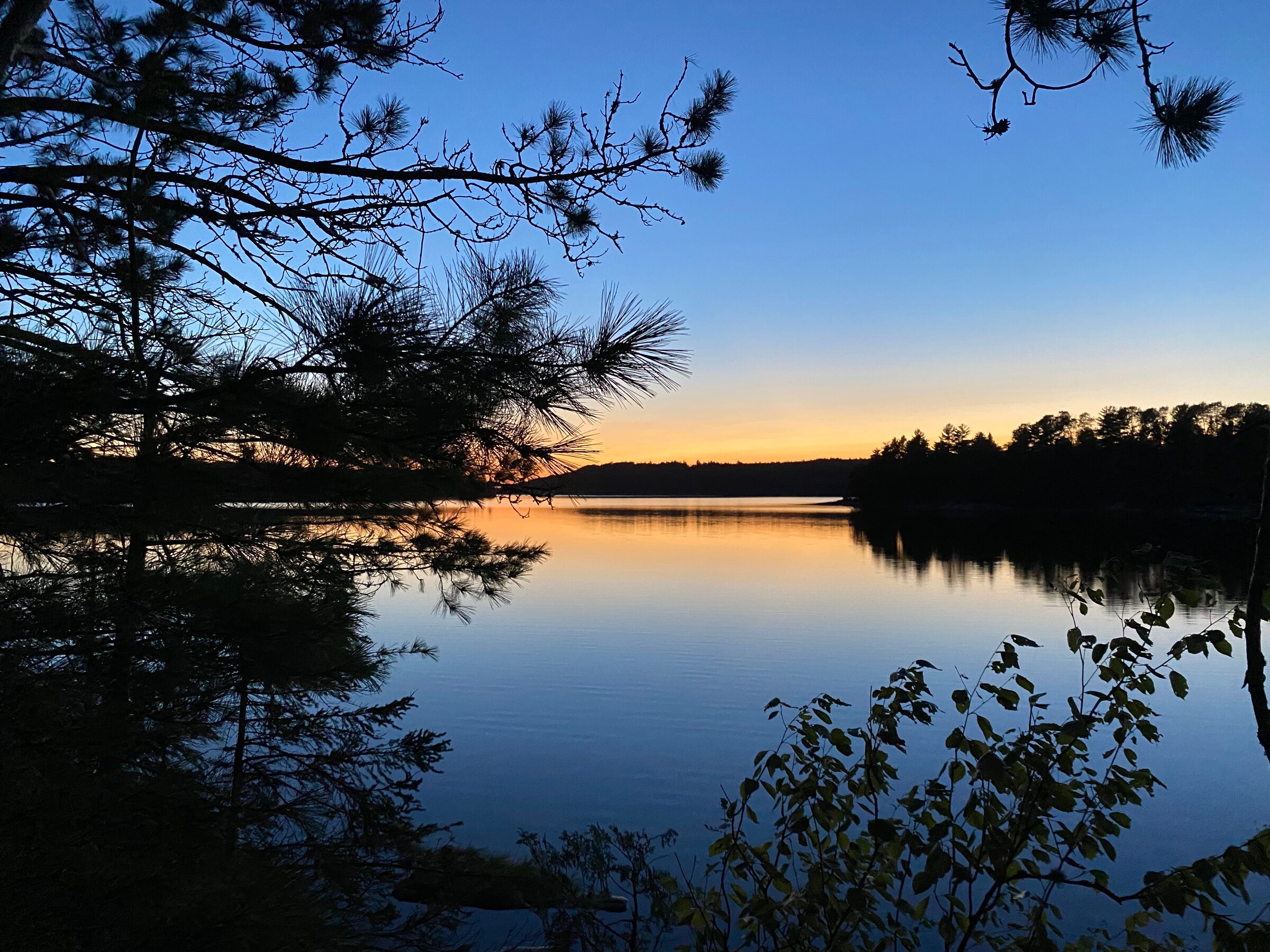