Trip Type: Snowshoeing
Entry Date: 02/22/2008
Entry & Exit Point: Lake One (EP 30)
Number of Days: 4
Group Size: 2
Trip Introduction:
I had always wanted to go winter camping in the BWCA to experience it in such a different way than in the summer. I asked my brother Eric to go along and he gladly accepted. We decided to enter at Lake One due to what appeared to be easy traveling to get to where we wanted to go.
Day 1 of 4
Friday, February 22, 2008 We made great time from Mpls. and got to Ely around 11:30a.m. We decided to have a big burger at the Ely SteakHouse before we got on our way and, as usual, we were not disappointed. Love the juicy burgers there. We doddeled too much in Ely and didn't got to our EP (30) until 2:40 or so. After getting our sleds out of the truck and a quick change of clothes into our winter wear, we were on our way. Snowshoeing for the first time was a lot of fun. There were three tracks of snowshoes heading in the direction we were going, so we followed them and came up to some amazing open water with scenery that was just so beautiful! 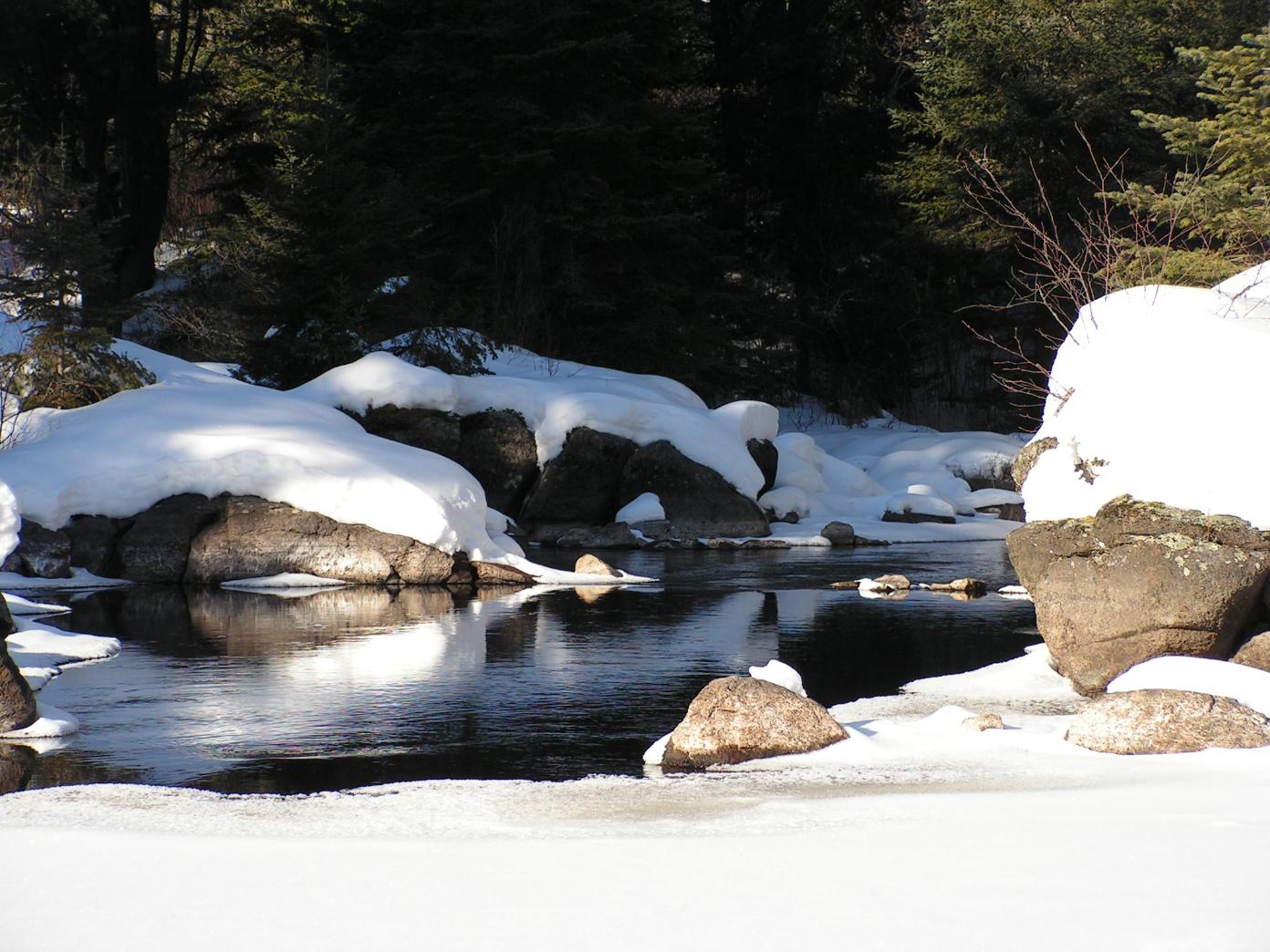 As we left this area of the Kawishiwi River and went through our first 20 rod portage we came up to more open water, which wasn't what we had wanted to see. It was directly in our way to getting to the next portage and we were in somewhat of a spot. Around the corner came a man with his 2 daughters and after some friendly greetings, we told him where we were intending to go, he let us know that the only way to get to Lake One was to take a trail he and one of his friends had made to Lake One, which was just a couple hundred yards away. The trail was heavily covered with brush and trees and small hills, but we managed to get through in about 35 minutes. If you look on map 18 on the McKenzie Maps, you'll see an area that is shown in white, just south of the 20 rod portage. That is where we traveled through to Lake One.

Once through, we moved south to the first, what looked to be island and made for the point where we set up camp. I had sweat so much through the portage and pull to where we camped that I was a bit nervous,(I had sweat through all my layers and my outer jacket) so I basically undressed, got dry and put dry clothes on. We set up our tent and made a fire to warm up by and ate some snack food for dinner that night as neither wanted to get all the cooking gear organized and out. The temp. started to drop and at 10:30 when we crawled into our tents, the temp read -10 below. Neither of us had slept in mummy bags before, so it was rather humorous watching eachother try to get the zipper all the way up and velcro the top. Needless to say, it was a very cold night.