Looking at going in at Brant Lake in late August. I'm wondering if anyone has reports on the Cavity Lake Fire regrowth. Our plan would be to loop through Gabimichibami if we are going slow or out to Kekekabic (are there really that many k's in there?) if we make good time. I am worried that if we don't make it out to kekekabic we won't get out of the burn zone, but then again it has been 13 years so there should be quit a bit of re-growth.

Any thoughts? My kids and I only get one BWCA trip a year so trying to make it count!
Reply    Reply with Quote    Print Top Bottom Previous Next
marsonite

It's been close to 10 years since I've been there, and my impression then was that some of the intense fire areas were such a moonscape that it would take years for it to recover. Having said that, a lot of lakes that are technically in the cavity lake fire boundary are pretty OK. Gillis and Little Sag for example have plenty of unburned areas. I wouldn't let the burn stop you.
Reply    Reply with Quote    Print Top Bottom Previous Next
BigBearArlich

I basedcamped on Gabi a few years ago and the re-growth was coming back strong. Our route from Brant passed through a few areas that must have been hit harder, and wasnt recovering as quickly, but overall, I agree - its been long enough where I wouldnt consider it a major factor in selecting that route or not.
Reply    Reply with Quote    Print Top Bottom Previous Next
cowdoc

The moonscape areas were by Peter, Virgin, West Fern, Powell over to French and south to Lil Sag. Some of those campsites were barely spared, some not. Yes, it has greened up, but nothing is very tall. Most of it ends on Gabi.....north side was burned, south/south west part not. Once you get to Agamok it is ok. On the east end of your route, Brant, Gotter, Flying, the damage is from the Ham lake Fire.....a year after Cavity. Those areas have greened up also, but again.....nothing tall. Gillis was kind of hit and miss. It doesnt look too bad and still some good campsites.
First pic is Brant view west from middle site (2015). Next pics are the Virgin/ Lil Sag area (2010).

"What could happen?"
Reply    Reply with Quote    Print Top Bottom Previous Next
Jaywalker

I went out Brant from Gillis last year. Here's a shot I took on the north end of Gillis to specifically show the regrowth on the left vs an area that was spared. Not all areas within a fire boundary burn with the same intensity. I think the only site on Gillis seriously affected would be the first one not he north shore closest to Bat - that's still all low growth and tall sticks.

Thanks everyone. Really appreciate it. I reserved the EP. Taking 4 of my kids in there in late August. Looking forward to it!
Reply    Reply with Quote    Print Top Bottom Previous Next
sedges

If you are planning for Gillis your first night, get an early start. Staying at bunkhouse at Tuscarora Outfitters makes that real easy. Their breakfast is good, too. None of the eight portages are real bad, though one is mighty steep at the start. Early start, keep moving, but don't rush and you'll get there just fine. There are a few campsites along the way if you stop earlier, but some real fine ones on Gillis.

Traveling through past burns you may very well end up in a campsite without food hanging trees. I've gone to using bear vaults. I totally don't miss the puzzle of hanging food every evening. I spend that time on the lake instead.
Reply    Reply with Quote    Print Top Bottom Previous Next
TuscaroraBorealis

We went through Brant a couple of years ago. The trip report will give photos and a description of the area.
Reply    Reply with Quote    Print Top Bottom Previous Next 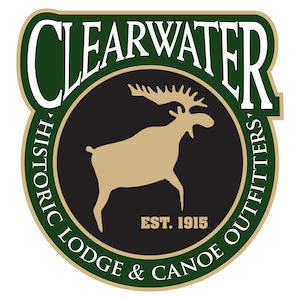