Looking for recommendations on a decent river canoe. Most of my paddling experience up to this point in life has been on lakes and milder rivers, and I already have a couple Kevlar UL canoes for lake tripping, but I finally decided to take the plunge and move north so we will be living in the Bois Brule State Forest in Wisconsin and I'll need a decent canoe for floating rivers, fishing, and potentially up to class II whitewater as I get more experienced. Not looking for a solo boat as this will be for taking kids/family out as well and I plan to get a kayak for solo use.

Not being familiar with river canoe designs I knew the collective knowledge here would be great to tap. :)

"Wilderness is not a luxury but a necessity of the human spirit."
Print Top Bottom Previous Next
sedges

I would look for a used Royalex canoe to start with. Since royalex was a wonderful material for knocking about in rocky rivers and it has been out of production for quite a few years used hulls in decent condition are not cheap even if they are old.

Your new local rivers have pretty tight lines through the drops and demand a short hull and a bit of rocker would help, too. I would recommend no longer than 16 foot unless you have a bunch of kids.

Probably the best river canoes out there were the old Daggers. Dimension, Venture and Legend all 16 footers. Legend came in a big 17+ hull, too if you need a big boat. There are going to be hard to find, but worth the effort. Look at CL as far away as you would consider traveling for a boat.

I do recall that Bell had a tandem river canoe that had a good reputation.

Most common used royalex I see for sale are Mad River Explorer. A decent boat, but I never found it to be a great whitewater hull. The v-bottom makes it want to go straight and you really have to heel it over to make fast direction changes. That is easy enough solo, but takes some coordinated partners when tandem. The v-bottom does allow good ferry maneuvers however. The boat does fine in class 2 if you have a take-your-time style and take the drops slowly. Back paddling and ferry maneuvers are good where the draw and pry techniques and moving downstream in a hurry will get poor response.

Old Town Penobscot might be in the same class as the MR Explorer, though it does not have v-bottom.

That is a start, I'm sure you'll hear from others before long.

Esquif is still making 'Royalex' boats that could fit your bill. Pocket Canyon might be a good choice? I have a Prospecteur 17 which I have been really happy with.
Print Top Bottom Previous Next
jwartman59

I’ve used the 16’ and 17’ Penobscots on countless Wisconsin river trips. Also the 17’ tripper. The tripper sucks unless you are doing expedition type trips. Daggers and blue hole canoes may be okay on whitewater rivers but most Wisconsin rivers have long stretches of calm water. You’ll be hating that tub boat dagger. I never got used to the v design on the mad rivers, I know some people love them. The Penobscot 16’ sinks rather quickly in waves. The 17’ is my favorite. Best all around river canoe, My 17’ canadienne may be better if I stuck keel guards on it
Print Top Bottom Previous Next
kona

Until you figure out specifically which whitewater rivers and what they’ll require, I’d stick more to the boats made for class 1 that are capable in brief class 2 rapids. They will have less depth and be more friendly in the wind on the long stretches of open flat water so common.

If you tell us more about your total payload of crew and gear, we will be able to offer better info.

I’d suggest you look for royalex hulls with a touch of rocker and a shorter length. Fifteen feet is my preference for day tripping or a lighter load/crew. i prioritize maneuverability over speed. Dagger Reflection 15, Bell Morningstar are two I like for this purpose. I also liked the Penobscot 16, faster with less initial stability than the others. Aside from royalex, the Northstar IXP and Wenonah tuff weave boats are super durable.
Print Top Bottom Previous Next
keth0601

Payload would be 2 people and potentially gear for fishing and camping for maybe 2-3 nights. In total I'd guesstimate about 450-500lbs.

For those who have experience in both I'm wondering what/how much difference there is between the 16 ' Penobscot and a 16' Prospector from say Wenonah or Novacraft. Old Town doesn't list a rocker measurement for the Penobscot they just say it's "minimum" whatever that is.

"Wilderness is not a luxury but a necessity of the human spirit."
Print Top Bottom Previous Next
kona

keth0601: "Payload would be 2 people and potentially gear for fishing and camping for maybe 2-3 nights. In total I'd guesstimate about 450-500lbs.


For those who have experience in both I'm wondering what/how much difference there is between the 16 ' Penobscot and a 16' Prospector from say Wenonah or Novacraft. Old Town doesn't list a rocker measurement for the Penobscot they just say it's "minimum" whatever that is."

For that payload I’d suggest a 16’ boat. You could put that in a 15’ but the draft would be deeper, less desirable when the rivers get low.

I’d say the p16 behaves like it has 1 or 1.5” of rocker. It is a symmetrical hull. They made lots of them in royalex two easy to find used, sometimes in ok shape. Note that the Penobscot 16 is royalex while the Penobscot 164 is triple layer plastic.

The other hulls I mentioned have more sophisticated designs, with Swede form, tumblehome, and differential rocker to facilitate turning (more bow rocker) and tracking (less stern rocker). If you can find a bell northwind in royalex, that would be a great option. The prospectors seem very popular. You might have a look at the northwind B16 in IXP.
Print Top Bottom Previous Next
Blatz

Dan Cooke just came from there. Hit him up for some advise.
Print Top Bottom Previous Next
DownStrm

I'm in Muscatine and have a 16.5 Nova Craft Prospector you are welcome to try. I really like it as a tandem downriver canoe. I also have a 14.5 Esquif Pocket Canyon. It is my go-to downriver solo canoe. As a solo, it's great on Missouri Ozarks, Driftless Area, and Wisconsin rocky streams. However, as Kona points out about draft, it drags a lot as a tandem in low water. You really want something that will clear rocks and gravel beds in low water in these areas.

I've never paddled a Old Town Penobscot, but there is a 17' Penobscot for sale on the Dubuque area Craig's List. I'll leave that to others to recommend this model or not.

I would second trying to find an older royalex build....like Bell Morningstar. I spent almost 6 months looking for good royalex canoes in good condition and was hard pressed to find one that was good for lakes and milder rivers as well...most were ww specific and showed it. Most of the outfitters have moved over to plastic or TuffStuff/ToughWeave or the IPX from Northstar that I saw.

My Bell Northwind was royalex but was heavy...not as heavy as the plastics now but still heavy...and it was more open water, mild river boat.

My new one is a Northstar B16...2.5" of rocker so that it is good for rivers...and still has good tracking on flat water. It is a revised Prospector design with lower profile on sides as well as bow/stern so that wind does not affect it as much.

They took a set of B17 in IPX down a river recently...and handled everything the river could throw at them.

I would look at the Northstar B16/17 or Polaris in the IXP layup. My B16 is about 57-59# with the aluminum gunwhales which I love....I would definitely give them a call and discuss and see what they would recommend given your experience and expectations. When I called it was after owning a Bell Northwind for number of years....so was already a Bell fan. They never once tried to pressure me into getting one of theirs...just very frank and honest conversation. I was set on getting a Northwind again but they recommended the B16 design due to its versatility and extra capacity. 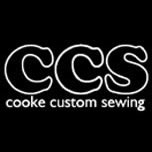