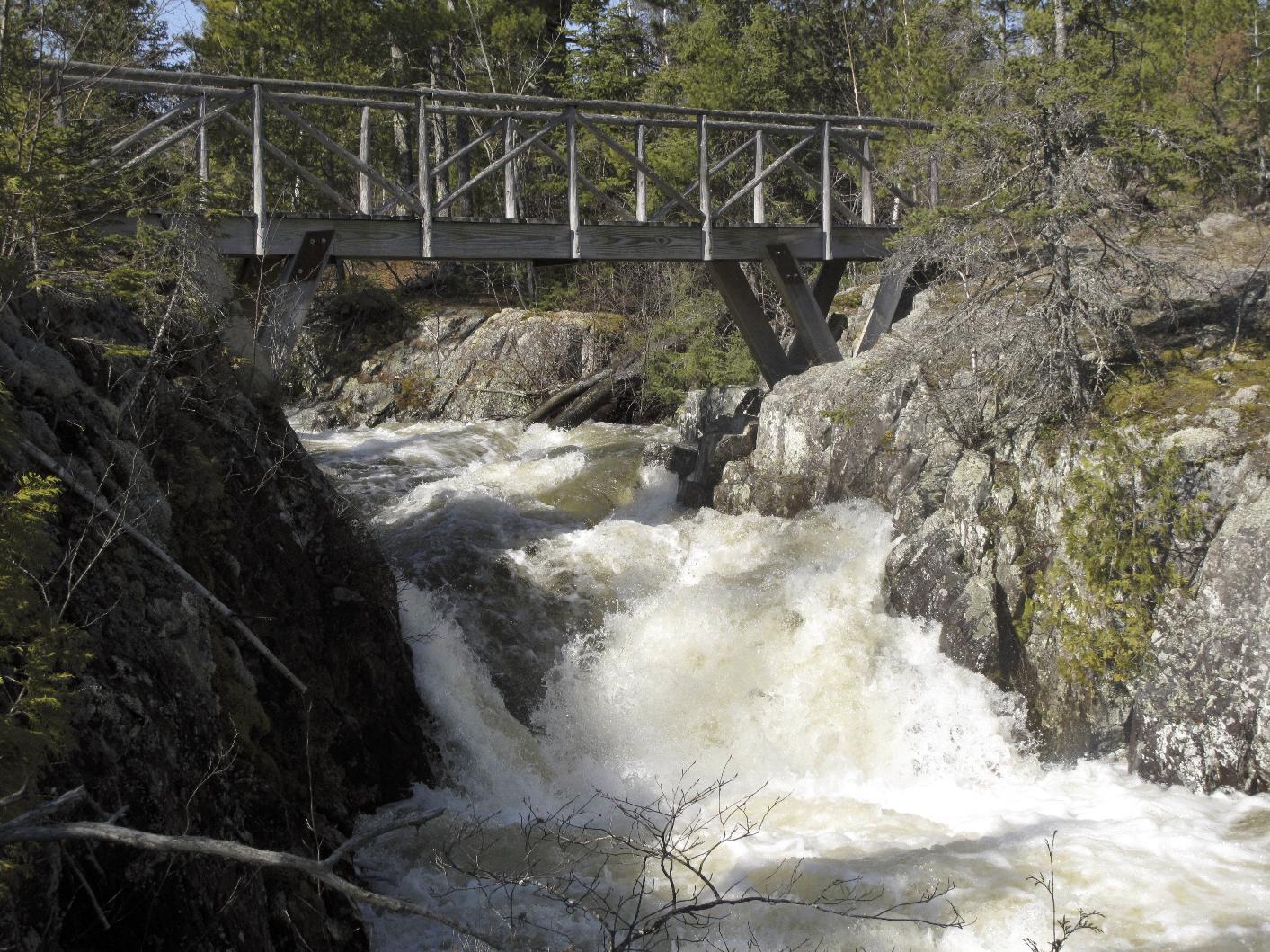 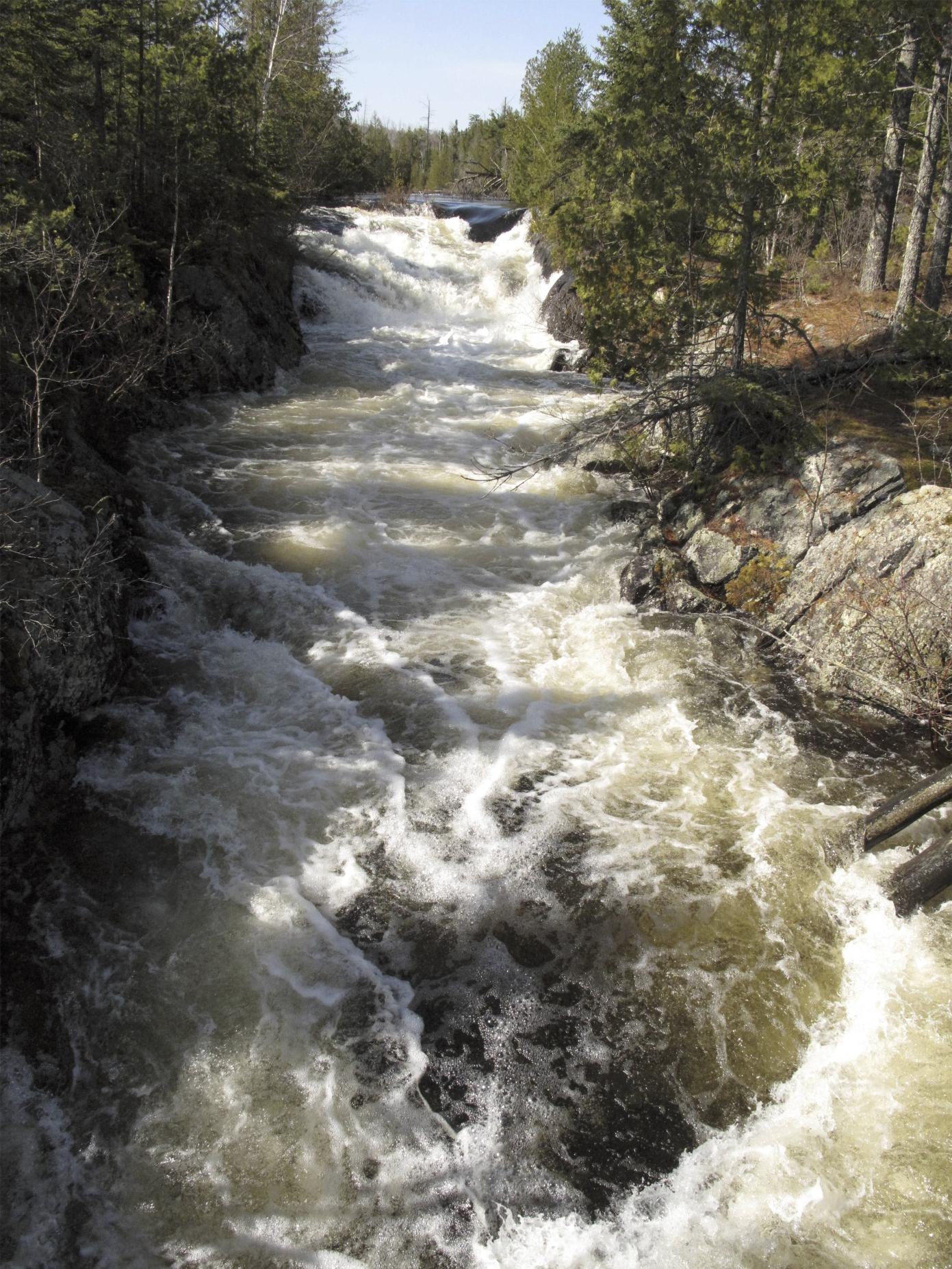 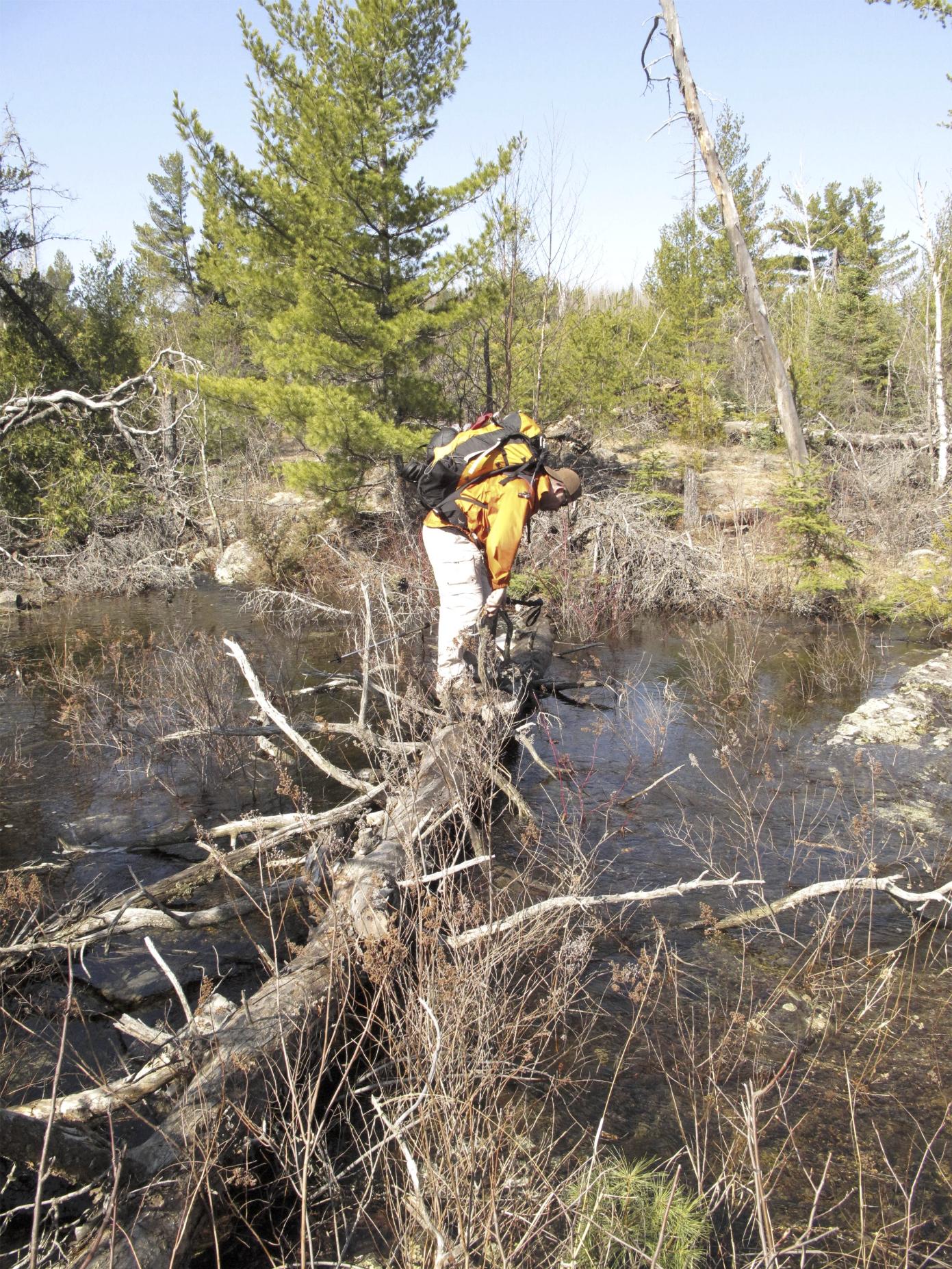 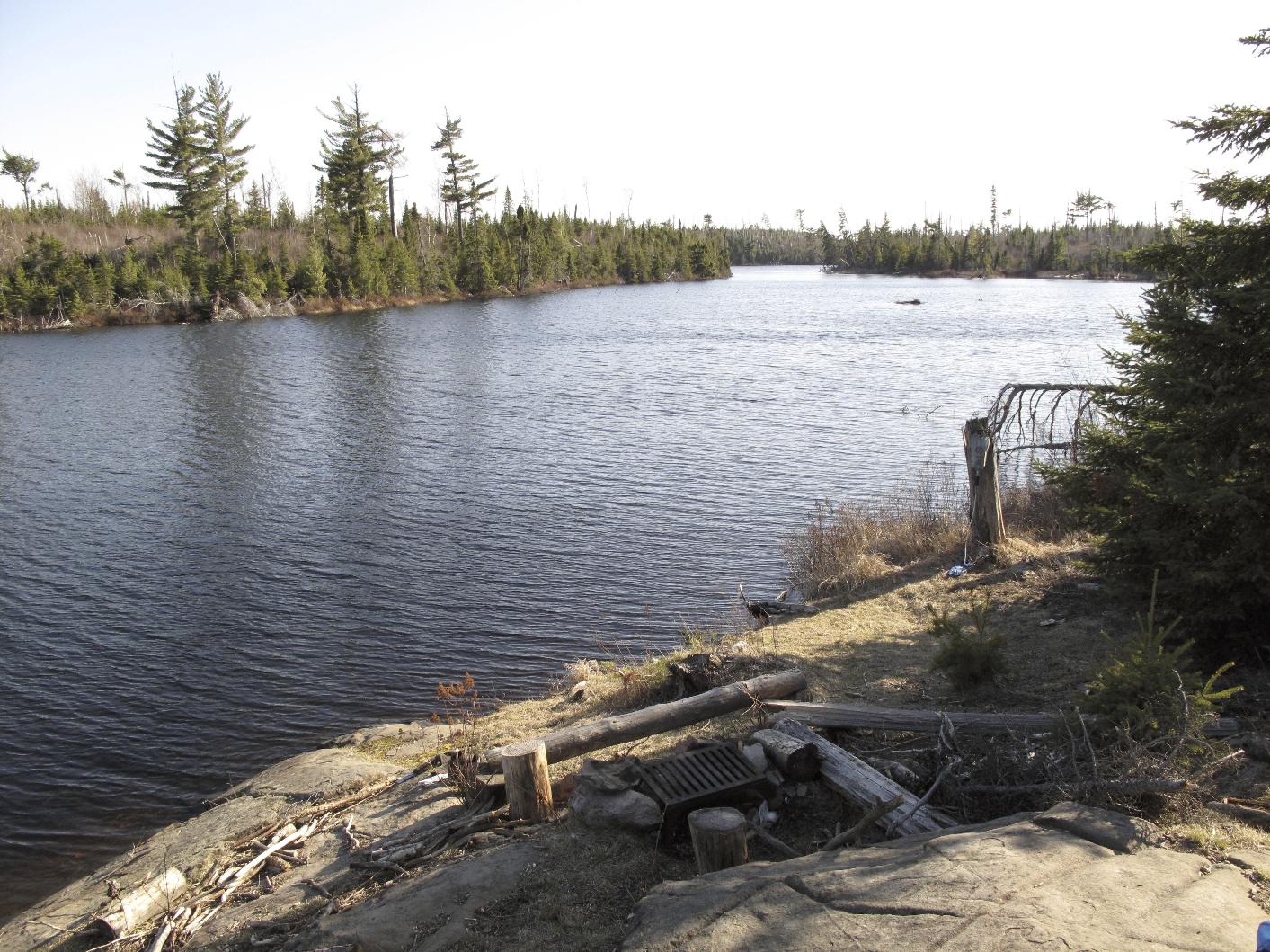 We were up and hiking pretty darn early. I think we were hiking earlier than we did last year - maybe it just felt that way because the days were longer this year. Day 2 left Gabimichigami Lake and would end at Strup Lake. We miscalculated how far Strup was from us in the morning - we would come to find the hike was roughly 11.5 miles. By the end of the day we were half way to our cars!! It does not take long to get from Gabimichigami to Agamok. Once there you head back into forest unaffected by the fires. We both agreed the campsites at Agamok would make for nice overnights - so if you plan on hiking the Kek make a note. Lots of up and downs - the second day made us work harder than Day 1. Loki Lake made for a nice lunch site. We hung around there for about an hour or so and relaxed. Weather was perfect. Literally not a cloud in the sky. Lunch also worked well to allow the boots some time to dry . The trail was quite wet. There was actually running water coming straight down the trail while we made many of the days climbs. There were some overlooks but nothing real tremendous. That does not mean, however, that the hike isn't worthwhile. I think the BWCA is a tremendous area to hike - thus I keep coming back! Ah, what else from Day 2? I'd share a personal observation, don't do a hike like this with a pair of boots you just bought. Against my better judgement, I did bring along a new pair of boots instead of going with the boots I have used for years. The new boots were Montrail GTX Helium. I'll tell ya something, nice boots. Good waterproofing. I did not deal with blister problems. But there were issues with the lacing system and the pressure points they created on my feet which led to knee pain. Not good. I'd recommend being careful if you purchase a pair of those boots. There was a tremendous feeling of accomplishment upon reaching the camp at Strup Lake. I thought the lake was beautiful. It turned out to be a perfect night. Dinner was actually pretty darn good but Matt had me beat - he had pita pizzas while I enjoyed Mary Jane dehydrated meals. Northwest Garden Couc Cous, not bad.

One funny last note. We had company Sunday night. After dinner Matt and just relaxed around the fire and took in the evening. Enjoyed the loons calling. I had to break away for a moment to use the "facilities". At Strup the latrine is actually located right off the spur trail leading from the Kek t the campsite. I had no sooner settled in on the latrine when i heard a fairly substantial loud disturbance out on the spur trail moving in my direction. My first thought was moose, bear or some other wild animal. And then I heard water sloshing around in a canteen. Never ran into a moose with a canteen.... had to be a hiker! I was forced to cut things short and pull up trousers before I was ready.... down the trail comes our visitor. I called out to him and just about gave him a heart attack. I introduced myself (due to sanitation risk, did not shake hands) and offered that he stay the evening with us. It was 8:30 at night and he had hiked 20 miles in from the opposite trail head. He looked like he needed some rest.His name was Scott Hagg from Ely. Nice guy. He went over the hill to the campsite, I went back t finishing my busness. We all joined up eventually around the campfire. Exchanged some trail info. Shared some stories. Had some hot dogs from Scott's food bag..... and went to bed.