The Year of Rain
by RT

Trip Type: Paddling Canoe
Entry Date: 08/13/2009
Entry Point: Saganaga Lake Only (EP 55A)
Exit Point: Seagull Lake Only (EP 54A)
Number of Days: 11
Group Size: 3
Trip Introduction:
The year of Rain! Nine planned days in the BWCA and it rained (though off and on) for most of them; cutting our trip short. While great as always, by the end of our trip we were at each others throats and I, for one, was sick of the trip and being in the rain. I am not completely sure what Matt and Gopher thought of the trip (I think they agree with me) but I think it is safe to say that this was our most difficult (by way of being annoying), pain-in-the-ass trip that any of us had taken so far.
Discuss Trip: View Discussion Thread (9 messages)
Day 1 of 11
Thursday, August 13, 2009

Like all the years before, Matt and I left for Gopher’s house (which he had bought in the spring) on the outskirts of Duluth right after we got off of work. I was living in Excelsior at the time so right after I picked up my gear I drove to Matt’s to pick him up. We made quick time to Mora where, again like the year before, we had to borrow a canoe from Michele and Denny. We would once again be a group of three so, instead of picking up the Trupe’s two canoes, we grabbed the Roylex canoe (from the 2008 trip) and one of Michele’s plastic kayaks.

We reached Gopher’s house in the early afternoon and shot the breeze as we checked over our gear and repackaged all of our food. After that was all said and done we stored all our gear in my car (my recently bought Chevy HHR) and watched some TV. Matt and I, still awake from working the night before, fell asleep well before 9pm, which was fine since we planned to be on the road for Grand Marais early in the morning. 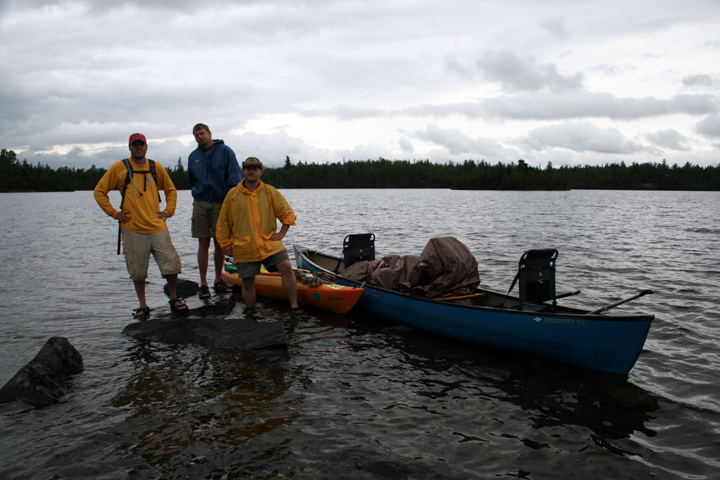