The big day has finally arrived! We woke up at 7am and headed to the ranger station. On the ride over we reviewed all the possible questions the ranger might ask us. This is serious business because we need to pass the test to get into the BWCA. Lots of pressure.

My girls passed the rangers test with flying colors. We celebrated by heading over to Brittons Cafe for breakfast. If you have not checked out Brittons before, make sure you hit them up on your next trip. It is THE place to get a home style meal before departure. 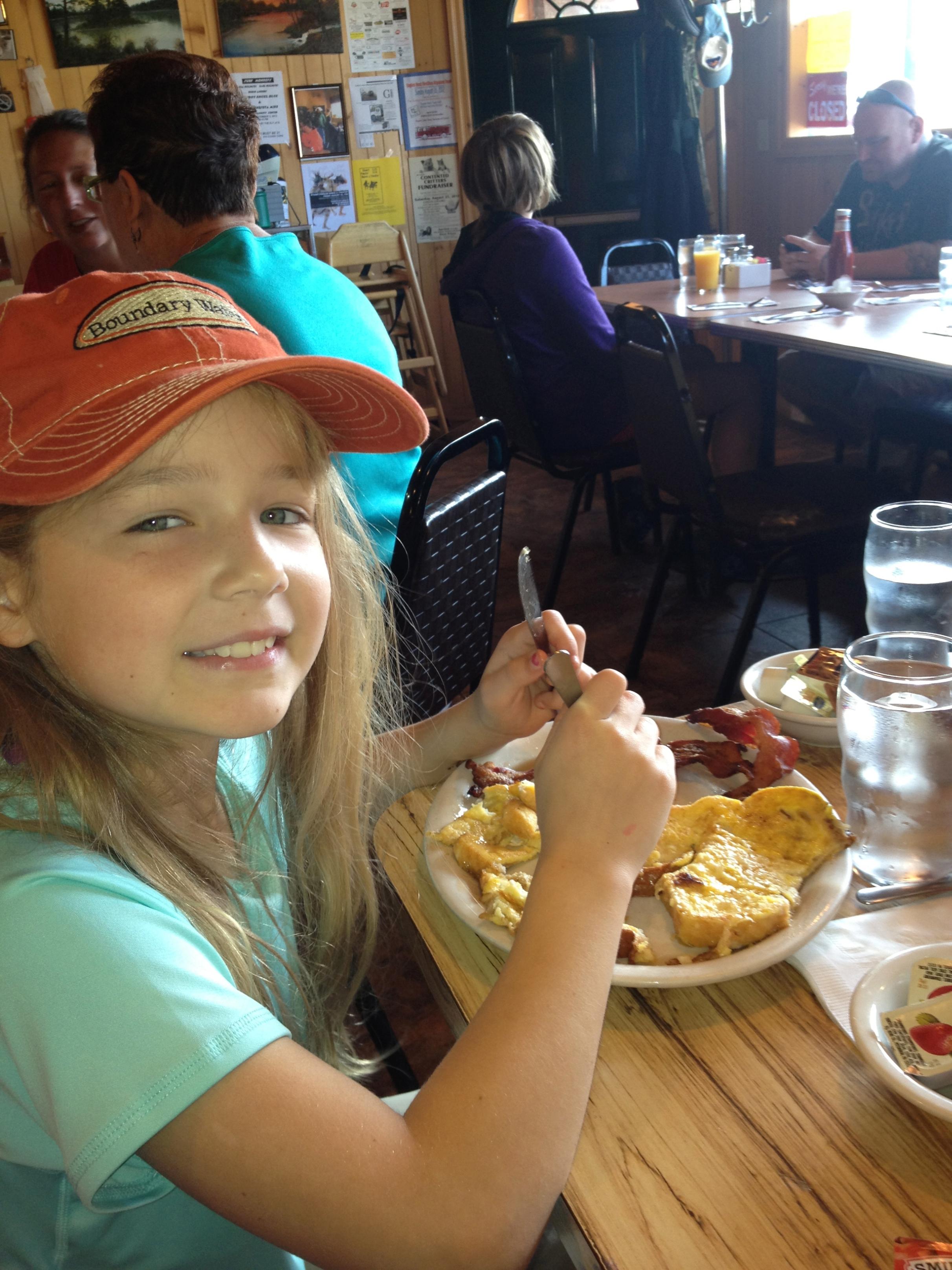 Now this is huge. Ava ordered off the adult menu (for her first time). And she came darn close to finishing the whole plate! I didn't want to encourage her to much, because I needed her in top form for today's journey. We had a lot of paddling ahead!

After breakfast, we headed over to La Tourells for our 10am tow up Moose Lake. 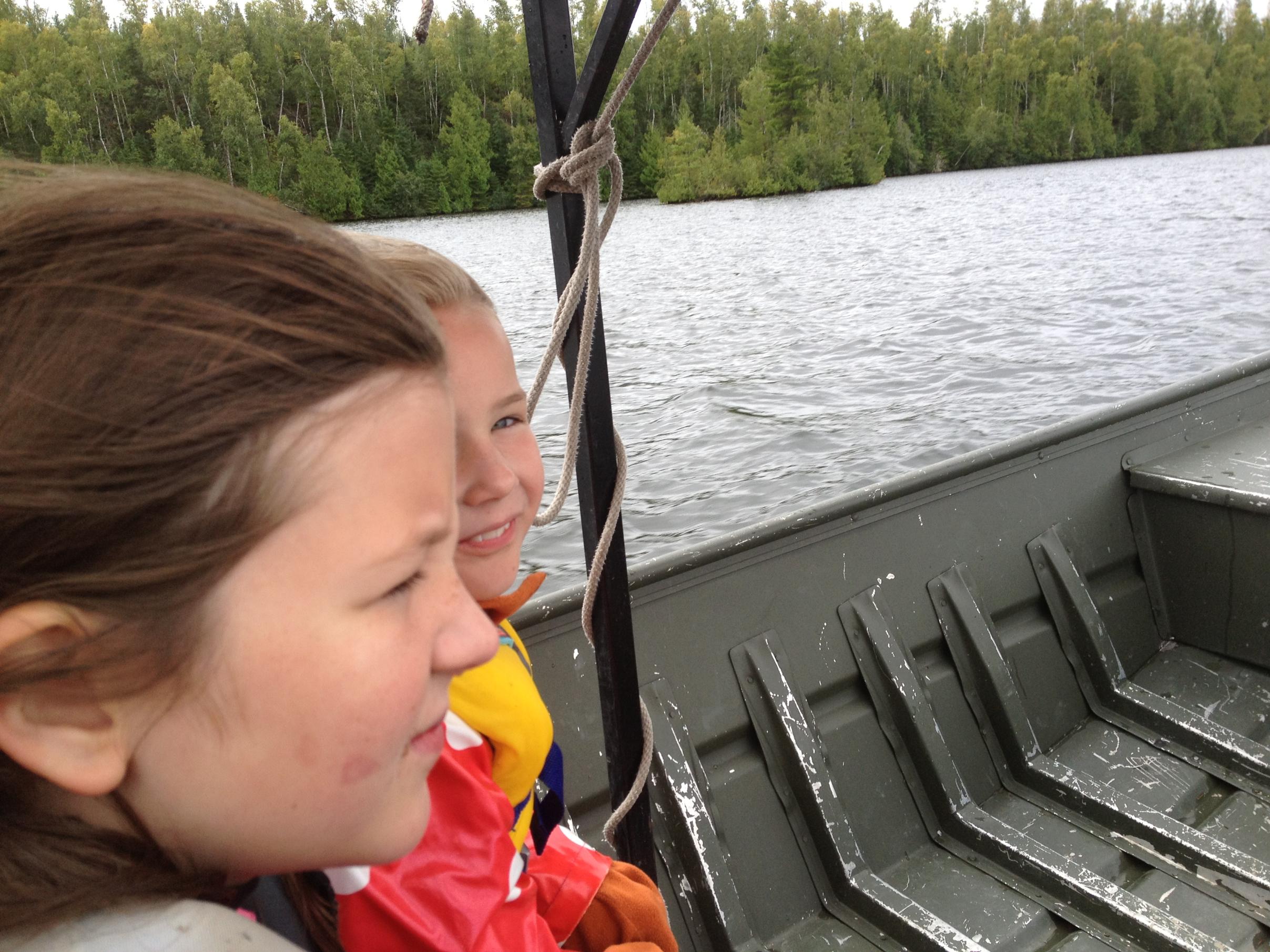 I used to frown at people who took a tow into the BWCA. But that was before I tried it:) About three years ago I took a tow with a couple friends from Los Angeles. That year we took the tow up Moose Lake to the border. IT WAS AWESOME. We were able to arrive in town during the early afternoon and still get into Quetico well before dinner! No more leaving at 2am to make it work! Anyway's, this tow allowed me to get the girls into Ensign with ease (and safely).

So, after an exhilarating tow up Moose and Newfound Lake, we did a quick 30 rod portage and briefly entered Splash Lake. A few minutes later we found ourselves with a very nice breeze at our backs (that never happens) flying down Ensign at record speed. Things were going great. After about an hour and twenty minute paddle, we found the PERFECT campsite. 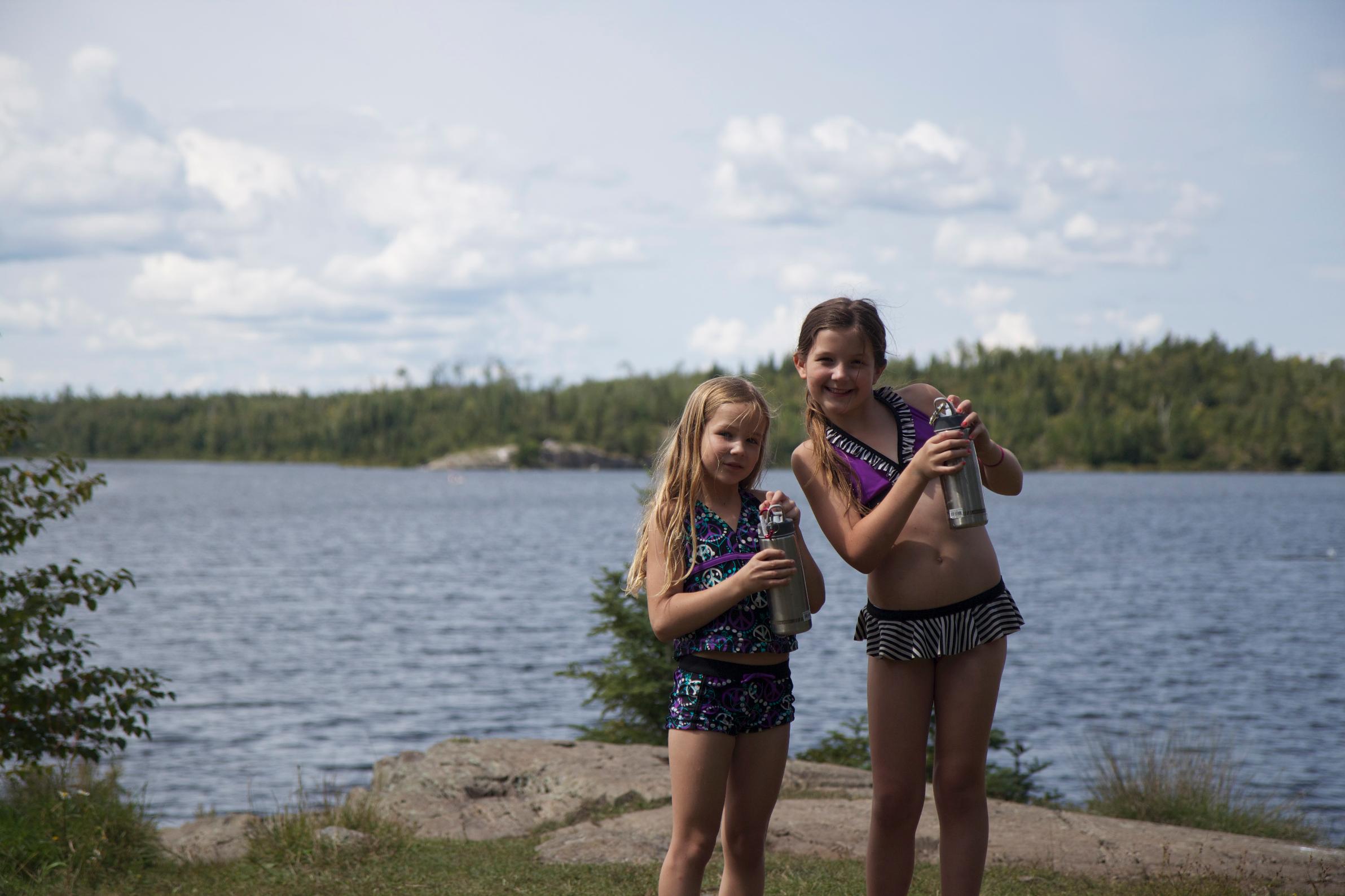 AS soon as we arrived at camp, the girls rifled through their packs to "help" set up. Almost immediately, they found their swimsuits. The next thing I heard was two load screams followed by a splash. The girls had run straight into the lake for about an 1.5hr long swim. 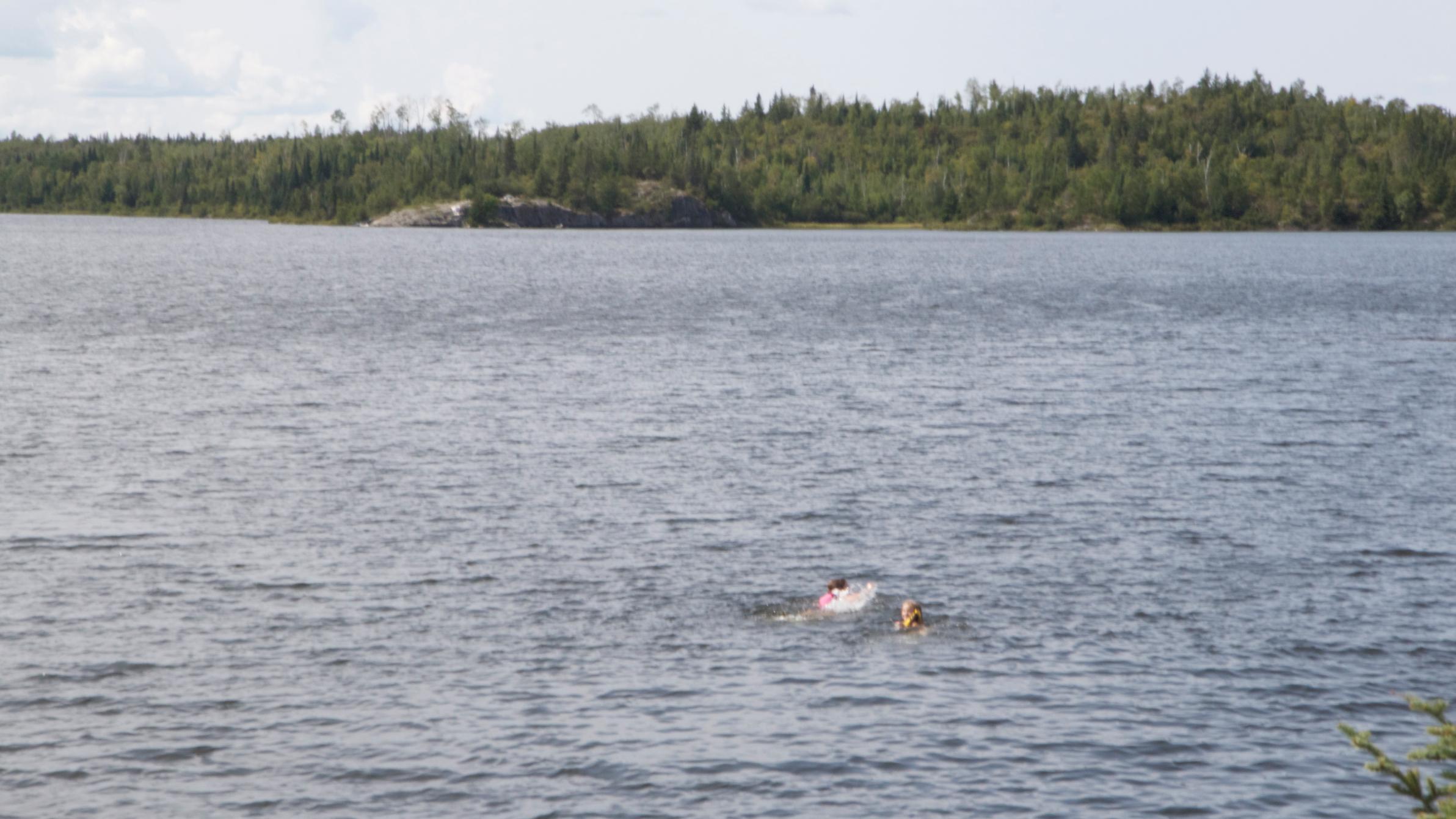 While the girls swam, I was getting the tent set up and the camp situated. I was listening intently as the girls splashed around enjoying the moment. Things were going better than planned.

When the girls finally came out of the water they immediately requested that I take them fishing. Without any further delays, we set up the fishing poles and headed out. This is actually the first year we decided to fish. I really wish we hadn't waited this long. I had my reasons for not taking them in years past, but they were obviously ill founded. Oh well. Live and learn.

Within 30 seconds(and on her very first cast ever) AVA had her very first fish on line. Literally 30 seconds! It was about a 4 pound small mouth bass. And it put up a fight! I quickly grabbed the net in one hand and my iphone in the other. I caught the catch on video and have since forwarded it to about 150 people. It is hilarious. She did a great job. That being said, it did appear at times that the fish may have been reeling her in instead of the other way around! 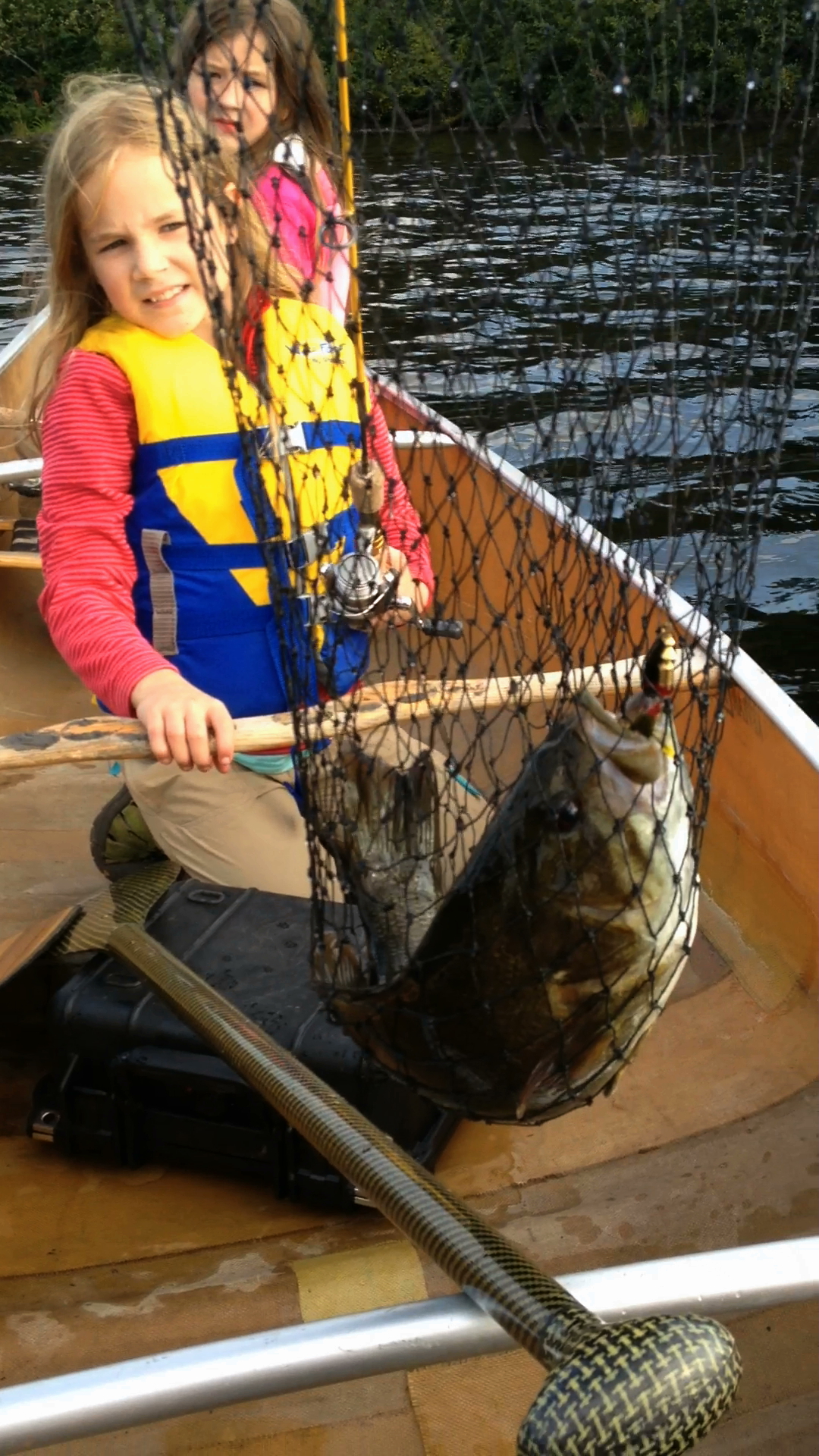 Well the fishing only got better. In the span of about 2 hours my girls caught about 15 really decent sized fish. Mostly small mouth, some pike and Walleye. They are now hooked on fishing and cannot wait to do more! The only thing that concerns me is they now have a warped sense of how long it can take to catch a fish! 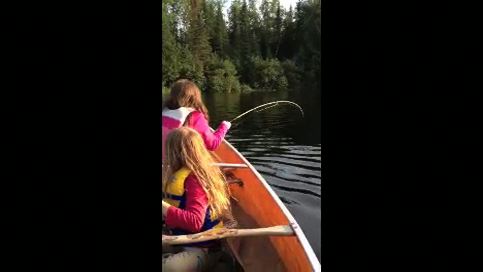 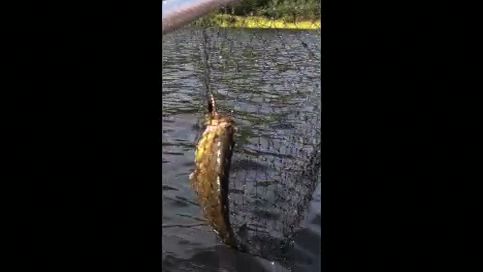 Oh, a side note. I always thought my grandpa was a horrible fisherman. He never seemed to catch any fish around us. Now I realize he was probably a really decent fisherman. He just decided to spend his time watching/helping us fish, so he could see the excitement on our faces. I literally didn't even unpack my rod and reel. And I never had so much fun fishing! 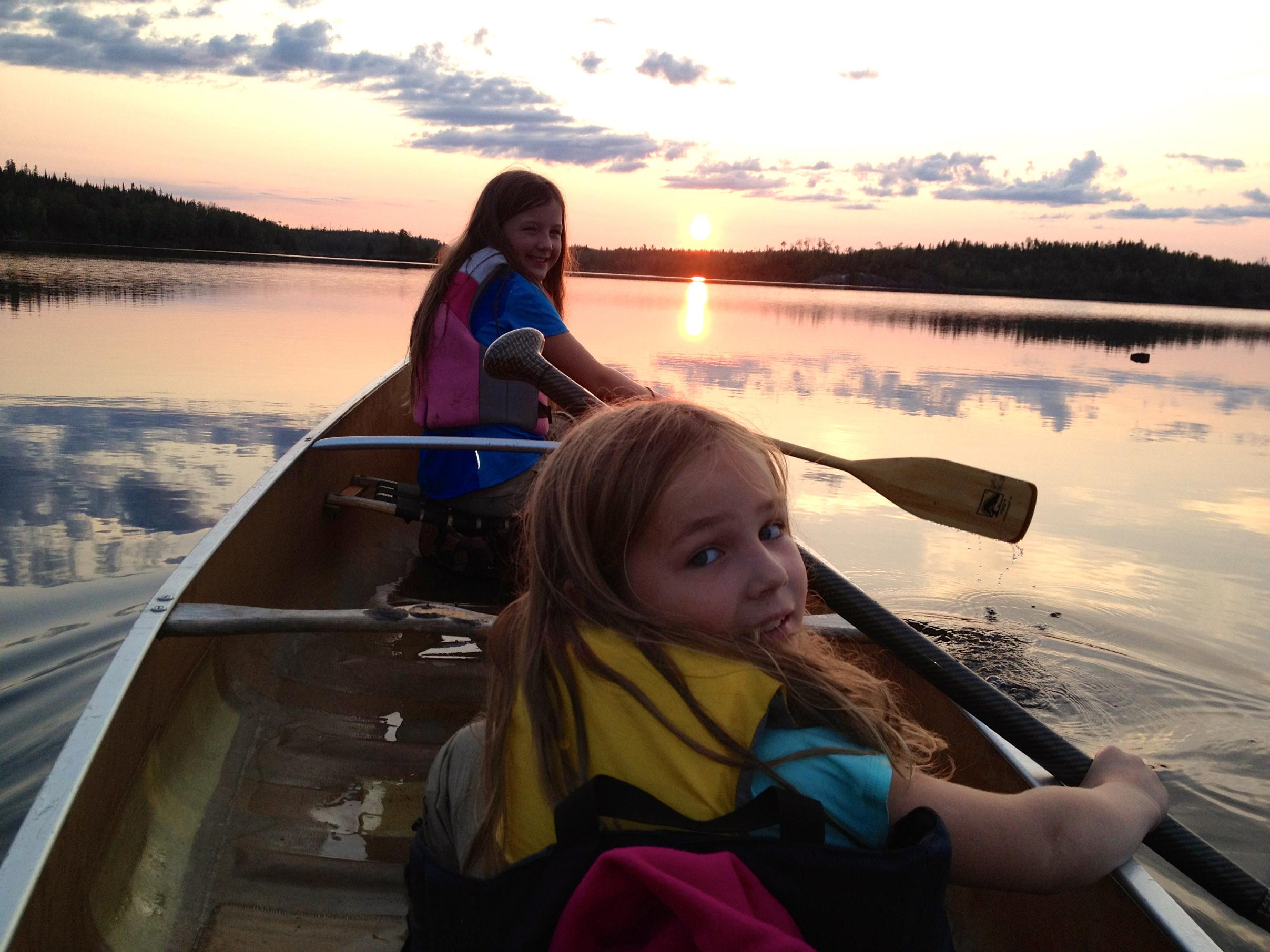 Well, we got back to camp and started our fire. We roasted hot dogs and beans. We capped dinner off with smores. The girls and I stayed up for hours hypnotized by the fire and all the stars. 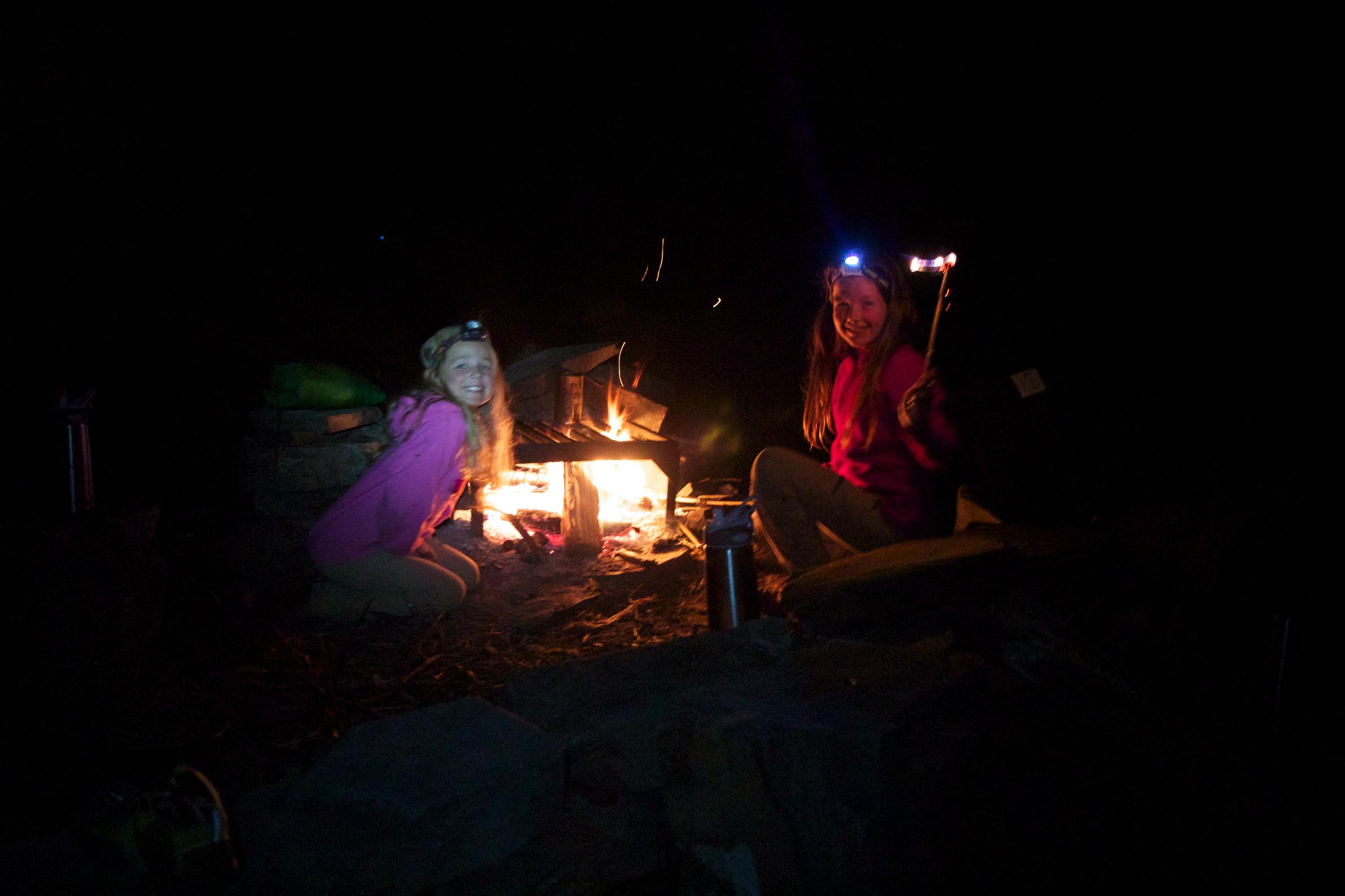