Gear for the Boundary Waters, Quetico, and Canoe Camping Locations

Popular Links: stoves | portage packs | tents | tarps | paddles
This post may contain affiliate links. If you use these links to buy something we may earn a commission. Thank you! 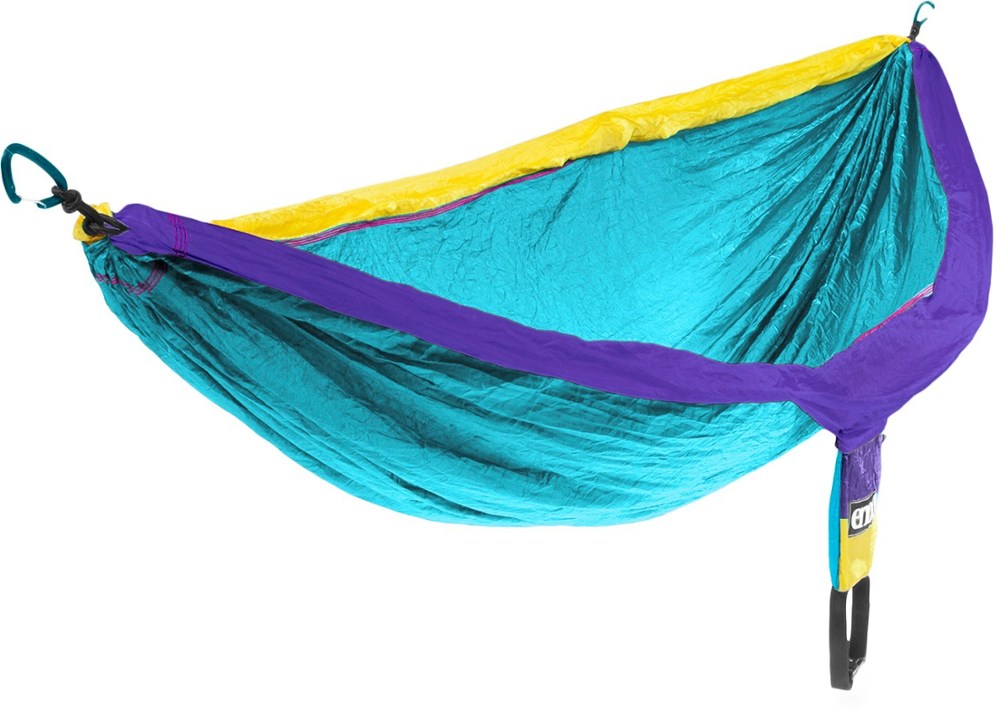 I really like this hammock. I have used it on two canoe trips now and sometimes have to fight to get a turn in it. Get the bug net and tarp also to complete the system.
canoepaddle

I used the ENO Doublenest, ENO bug net and Guide Gear tarp during my last trip in late May last year. It was my first time using for sleeping and I was very impressed. I slept great every night. I will defiantly use it again for this years trip. Would recommend this hammock to anyone looking for a hammock sleeping system.

The coziest way to hang with someone... add the bug net and you are in paradise!
n8ville

great way to relax in the wilderness!
Woods Walker

I got this hammock 3 years ago & it has become a constant gear item on every trip since... I have used this hammock even with 2 people & it is great. I would like to get the mosquito netting for the buggy season.
RainGearRight

Nice entry-level hammock. Soft and durable. Packs small and doesn't weigh much. I slept great in my double with the bug net. Only reason I took two stars off is the junk they put on each end for hanging. Do yourself a favor, remove the heavy 'biners and cord and get a better suspension system like poly straps and rings or what I use, Whoopie Slings. Saves weight and easy to adjust. Happy hanging!
fitgers1

Bought my ENO Doublenest earlier this year. Took it on its first trip to the Bdub in June and I loved every moment in it. It was windy on that trip and I really liked how I could wrap the sides over me and be enclosed as if I were in a cocoon. While wrapped up in it, I noticed that the wind did not penetrate the hammock. That made it that much more enjoyable. It rained a lot on that trip. 'The hammock dried quickly.


In august of this year, my girlfriend was with and she also purchased the dble hammock. This trip was the Double test. The June trip was a guy trip and thus the hammock did not get this test. We both were able to lay comfortably in it as well as sit side by side. The excess material gives plenty of back, neck and head support while using it as a chair.


The only problem I had with the hammock was the hanging. In June I used 1/2" rope. No matter how tight I got the rope, it would still stretch and soon my rear end would be touching the ground. That problem was resolved in August. I had purchased the SlapStraps and they worked wonderfully. No stretch to them at all, even with two of us in the hammock. I have used three other hammocks over the years and this is the best one I have ever used.
I'm subtracting one star as I believe the straps should be sold with the hammock. That would only make sense though.
friman001

Received as a gift and was not sure I would actually use it. Easy set up, comfortable, and fun. Perfect spot for a nap when the tent is too warm. Great for relaxing.
dolson929

It packs up very compact and is very comfortable to lay, sit and relax in. Even two people will be comfortable for limited periods of time. I can't imagine two people sleeping in it since eventually, as the night goes on, one will be crushing the other.


The ENO Atlas Straps work fantastically with this hammock (fast setup) as does the ProFly (you need to supply your own tent stakes).


I only wish they included lighter carabiners with it. You could pound a nail with the ones they include.
Swampturtle

Received this as a gift and it has been on every trip since. Great place to stretch out & relax or take a nap. Very comfortable for one or two. Packs small, easy to set up. Even when we are lightening our load, this remains in the pack because it is so enjoyable. The only ding is you have to buy a set of straps to go with it or rig something on your own. The slap straps work nicely, I haven't had the stretching problem with them so far.
WalleyeHunter24

I have 2 of these. Excellent and lightweight! Straps are solid and easy to use. Great for getting a good rest in the shade during the middle of a sunny day!